The Iron Daemon presented me with a few issues.

I picked it up from the Forge World stand at Salute 2012. As with most things Forge World, its essentially a very  nice piece of design that still doesn't justify its price and was nowhere near as well cast as the pictures would imply. It took a considerable amount of filing, scraping and bending to get it into a half way decent state. One of the Chaos Dwarf crew had an absolutely terrible lump of resin cast into his arm pit that was all but impossible to remove and had to be almost entirely filed down. 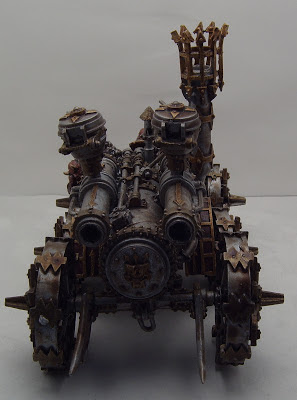 Getting the components together was hardly a joy given how many of them there were and the not well poorly printed instructions. It didn't help that many of the pieces were essentially just cylinders so spotting where the piece ended and the flash/sprue began was quite tricky. One or two of the smaller bits almost got swept away with the rubbish. 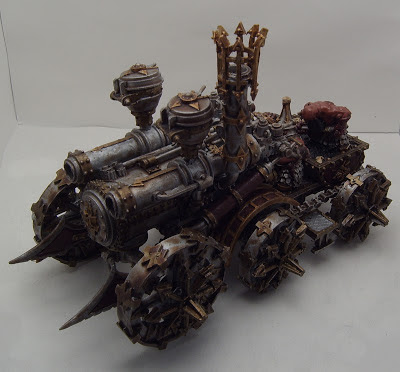 Once the assembly was done I faced another dilemma, whether or not to use Quick shade. Given the size and significance of the model, I thought I should try painting it the old fashioned way. What put me off was the sheer number of smooth metal surfaces. I've never had an easy time painting metal or smooth surfaces. For a long time, I stuck to dry brushing armour, but that approach wasn't going to work here. I got on okay with my Chaos Warriors, but the metal plates on these were relatively small. 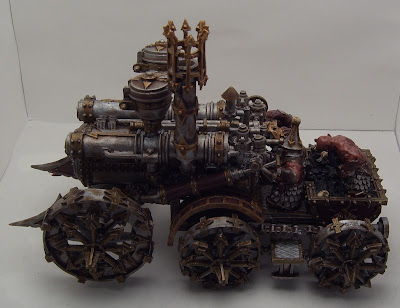 In the end I wimped out and used Quickshade. After all, if it didn't work I could always pay another fifty quid and go through the whole laborious process again. 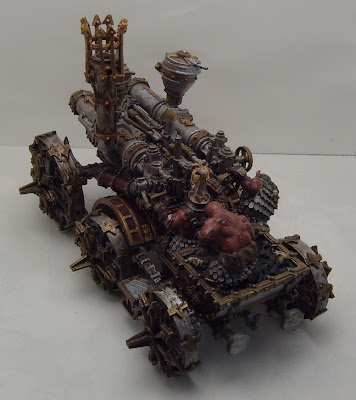 In the end I was quite pleased with the results. I stuck to the standard army colour scheme, undercoating with Plate Mail Metal before covering the decorative areas with copper and Sanguine base. I painted separately before gluing them to the finished war machine. I still haven't decided whether to base it. It would make it easier to use in game as it would be easier to tell with what it's in base to base contact. The only thing putting me off is that might get in the way of coupling it to another war machine; I still have my eyes on a Magma cannon. I may try flocking and painting a base, but not actually gluing the Iron Daemon to it. If it has been appropriately flocked, friction should keep it attached. 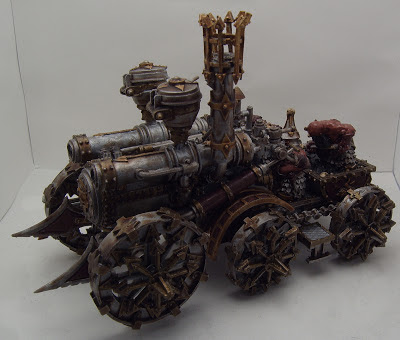 Next up: Hobgoblins and Bull Centaurs