A few words on the end of Anima Tactics 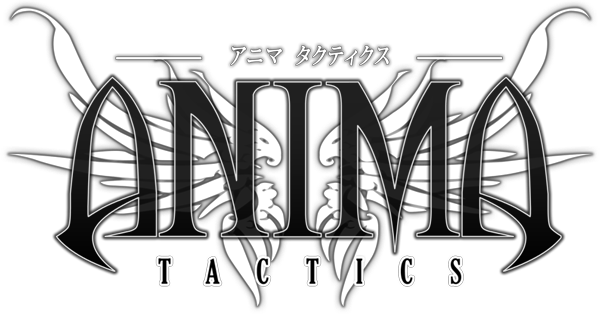 Yesterday, I learned of the unfortunate death of Anima Tactics and felt it warranted a few words.

Long term readers of this blog, or people who just like trawling through the archives, will find quite a few old posts on Anima Tactics. The number of posts had slowed in recent years, but I still thought of it as one of my favourite games, so the news that Cipher Studios is discontinuing the game was sad, if not surprising, given that releases had slowed to a crawl.

Anima Tactics was very much a boutique skirmish game, by which I mean the individual models were very expensive, but the game got away with this because you needed very few to play. The emphasis was on small numbers of high quality models and players expected to collect most, if not all, of the models from a particular faction. Anima Tactics may not have been the first boutique skirmish game, but it was the first I played and was followed by many others including Malifaux, Freeboooter's Fate, Helldorado and Bushido.

Like most games of this type, Anima Tactics traded on a unique aesthetic, in this case Japanese. While a number of games have been based around Japanese history, Anima was the first I know of to be based around Japanese pop-culture. The characters and setting were not particularly Japanese, but were filtered through by a Japanese idea of western culture. Anima was the war game that got closest to recreating the look of Anime, Manga or Japanese video games. Anima's unusual and distinctive art work, mostly produced by Wen Yu-Li set it apart from other games.

In addition, Anima Tactics had an unusually straight-forward and elegant rules set. Its model activation system was based around action points, represented by counters supplied with the miniatures. Points were spent in order to perform basic actions, like walking, running and fighting, but also special actions listed on the cards that came with the models. The characters received less than the full amount of points they could store each turn, so players had to manage their supply from turn to turn.

The combat system involved rolling a dice and adding a characters attack and comparing it to the enemies defence and the same procedure was used for both close combat and ranged attacks. There were no tables and, while, in common with most boutique skirmish games, keywords were added to the characters cards to indicate special rules, the number of these key words was far lower than in most other games.

Unfortunately, Anima Tactics didn't do very well in the UK. The only game shop near me that stocked it game up on the game in 2011 and it has all but vanished from UK online stores. In order to get any more models I had to order them from the US and accept customs charges and the, far more irritating and inevitably greater, processing fees that came with them.

Anima started life as a Roleplaying game, Anima: Beyond Fantasy, still produced by Spanish company Edge Entertainment, but Anima Tactics was produced and distributed by Cipher Studios in the US, although the background and rules still came from Edge. The arrangement did not always appear to work smoothly and, apparently, lead to the slow rate of release of both models and rule books. It is hardly surprising that once Cipher acquired Helldorado out right they shifted much of their attention to the new game.

I feel somewhat ambivalent about all of this. On the one hand, I have almost all the models released for three factions and, once the range is moved to Ninja Division I will probably order the last half dozen or so I still don't have. There is something quite appealing about having a complete set of models. My little brother has a pretty good range from two more factions and between us to keep us busy for the foreseeable future. I can focus on actually getting the models painted without worrying about keeping up with new releases. And this may not be the end, according to a post on the Cipher Studios forum, developers of the spin off video game, Gate of Memories, are interested in keeping the game going:

Regarding the announcement of Cipher Studios about Anima Tactics, I want to coment some points to make everything clear.

1°) Will it have an impact on the videogame?
Of course not! Gate of Memories development will go on in the same way as it was planed. The game is going to be finished and all the pledges will be given as promised, regardless if you are a backer of the first or extended campaign.
Anima Tactics was not directly related to Gate of Memories development.

2°) Will the minis of the Bearer and the Nameless be released?
Of course. Including AT rules for them. ^^

3°) Will another company takes over and continue AT instead of Cipher?
Right now, we are working with Edge Entertainment in a new branch of Anima Tactics sequel game. Give us time to prepare everything. ^^

4°) Will the Saga 3 rulebook be released one day?
Yes, but in a different way than the original plan. Right now, we are working in Anima Tactics Saga, which is equivalent to Anima Tactics sequel / 2nd edition.

Time will tell if this turns out to be a pipe dream or if it has any substance.

On the other hand, this still feels like the end of something. There is an undeniable psychological impact when a game goes from being formally supported, however lightly, to formally discontinued. The height of Anima Tactics came at a point where my painting skills were really developing and I was trying out lots of new techniques. My first serious attempts at blending and my first use of a wet pallet were both on Anima Tactics models. It prompted me to assemble an entire cardboard town. It also came along at a time in my life when lots of other things weren't going great and so I will always associate it with making me feel slightly better.

With all that mind, the passing of Anima Tactics is a sad event.
No comments: