For the first time in the campaign, Loyalist Space Marines faced Traitors as the Blood Angel Scouts fought the Plague Marines. The scenario was a straightforward Kill Team Fight. Both Kill Teams would try to break the other, with the first to bottle lose. The Blood Angels were one man down as Novice Marco's old battle wound kept him out of the fight.

The Blood Angels deployment made best possible use of cover.... 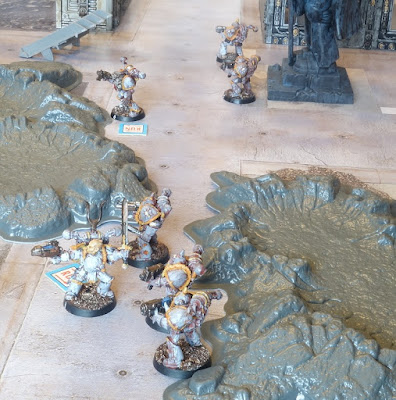 ...while the Plague Marines advanced through relatively open terrain relying on their superior toughness and armour to keep them going. 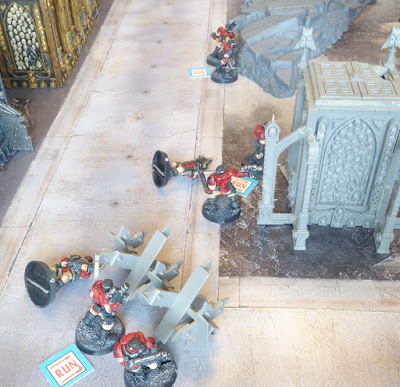 In fact, this proved unnecessary as both sides shooting bounced ineffectively off each other's armour. 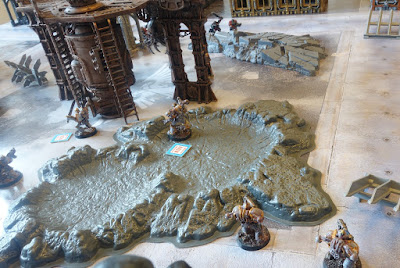 The Plague Marine's implacable advance continued until they reached the Promethium Refinery in the centre. The Blood Angels were pressed hard on both flanks. 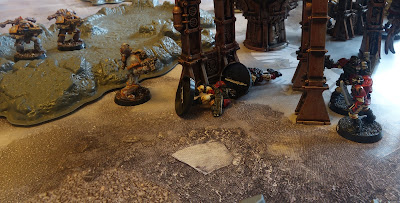 But the Plague Marines still struggled to bring any scouts down, simply pinning them behind cover. 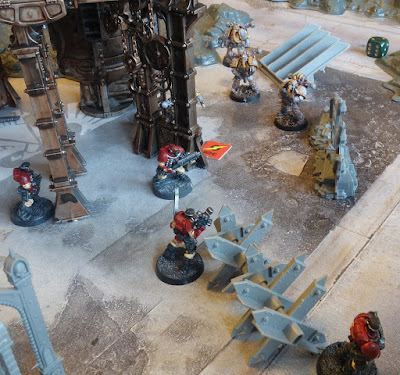 On their right flank, the Blood Angels held up, despite concerted fire by the Plague Marine Champion. 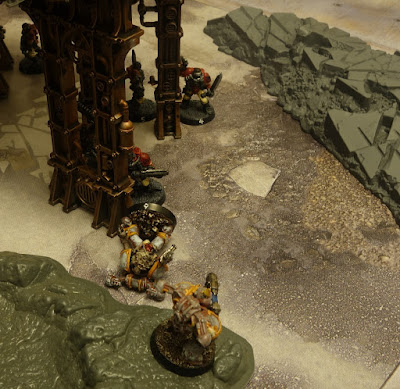 But on their left flank, the Scouts started to push back hard. 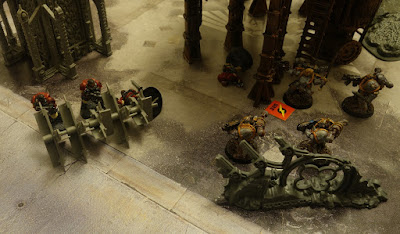 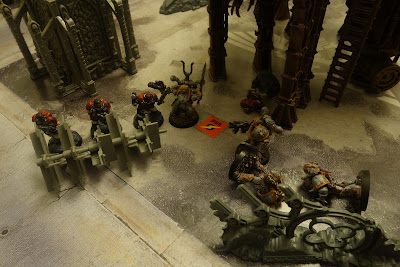 The Scouts right flank started to give, although they made the Plague Marines pay for each inch of ground. 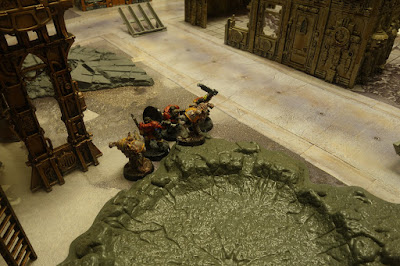 But on the Scouts right flank pushed back hard as first one... 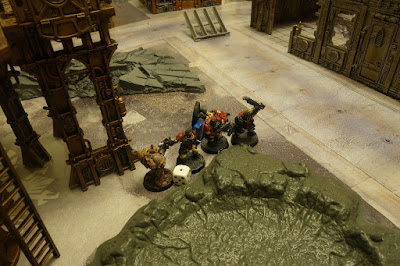 ...then two fell in close combat. The fight seemed to be turning the Scout's way only for them to suddenly fail a bottle test. The Plague Marines had won the day.

This was a quick and dirty fight in which neither side had a clear advantage. Both sides were pretty level until the end when things started to look up for the Blood Angels, but with both sides having lost enough troops to bottle it was just as likely that either side would fail.


Despite winning, the Plague Marines only won one Data Cache, which seemed only fair given the narrow victory. The Scouts suffered no serious casualties, while Brothers Pox and Rancid were left with old battle wounds and Brother Legionela “suffered” Horrible Scars (causes Fear). For the next round the Scouts recruited a Space Marine Veteran and the Plague Marines a Chaos Terminator.

This fight marked the end of Round Four and at the end of the round, the results looked like this:


The Adeptus Soritas still held the field, with the Orks snapping up behind them, though the Dark Eldar had leaped ahead leaving the Plague Marines trailing.

According to the official rules, Shadow War campaigns are supposed to be played until a Kill Team gets 15 Promethium Caches. I had originally planned to reduce this number to 8, but decided to go to 10 as this would leave one more round and mean every team would have faced every other. Round Five would be the final round and would see the following line ups:

Although Round 5 would be the regular round, but I still have something special in mind to finish off the campaign.
No comments: