Bushido - All Dead in Shimoda

For a little while I have been wanting to try adding more of a narrative element to Bushido. My attention turned to the mini-campaiagns that used to be very popular for Warhammer games in which you would play two or three small games and then one big game. The winners of the earlier games would get bonuses in the last game, like extra points.

It then occurred to me that both my Bushido factions of choice largely divide into two type of model The Temple are largely split into Monks and Peasants (with a few extras) and the Savage Wave into Oni and Bakemono (with a few extras). From there it seemed obvious to devise scenarios that only allowed one of each type. This is why I suddenly bought and painted Hisao, to bulk up my supply of peasants.

In Scenario 1 - All Dead in Shimoda, a group of Monks investigate strange goings-on at a small peasant village, only to find the villagers gone and the village overrun with Oni.

There are three injured peasant left in the village, and both sides have to capture them. The Monks to find out what's going on, the Oni to silence them.

This was a small scenario of only 35 rice per side. The Temple faction cannot use peasants and the Savage Wave cannot use Bakemono. The full scenario rules are here.

And so to the battle. 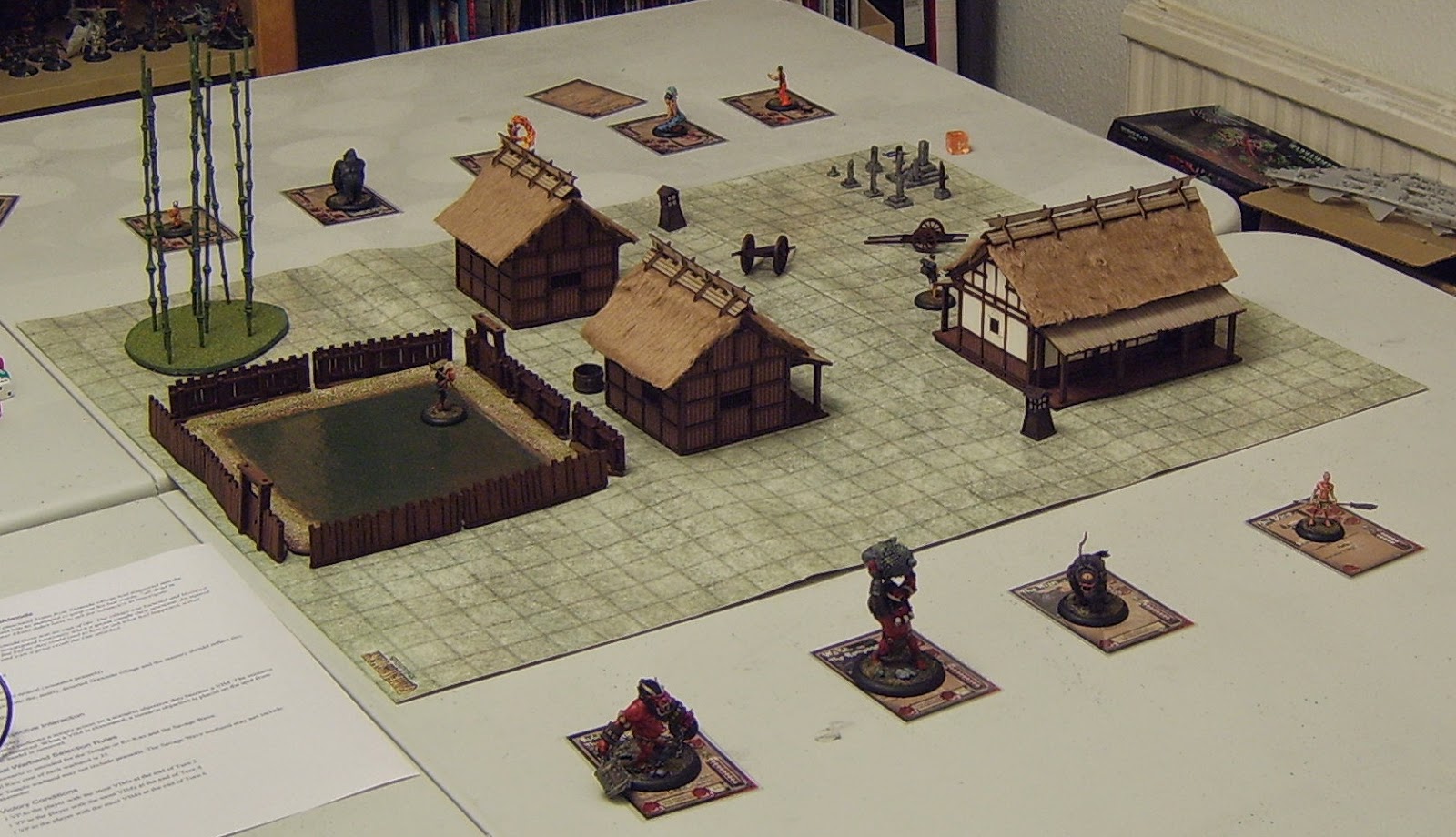 Initial table layout before the two sides had deployed. The buildings are from 4Ground, the rice paddy and other accessories from Oshiro model terrain and the bamboo forest is home made from cork tiling, cocktail sticks and modelling putty. The peasant models are objective models representing the wounded peasants. 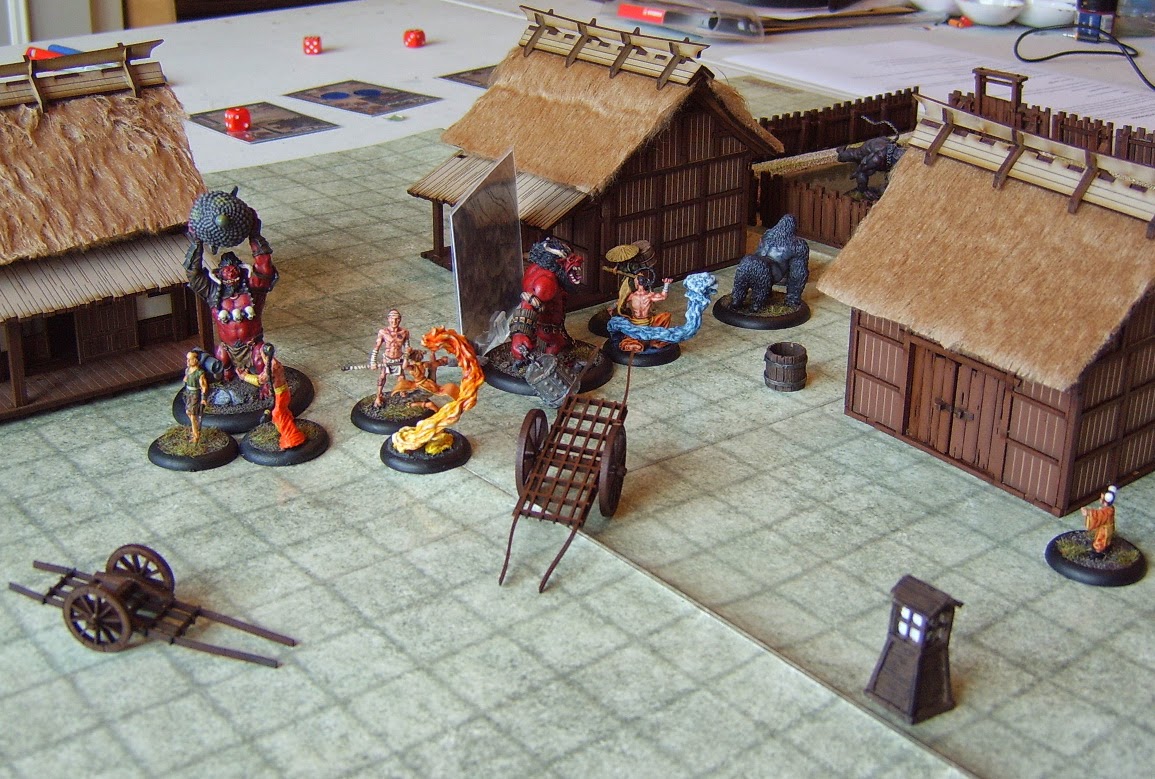 Both sides advanced through the centre of the village. Riku, defended by the Gorilla, headed for the peasant in the centre, throwing up a wall of water to protect himself. But the wall proved unable to stop the mighty Bobata the bell-ringer. On the left, Kenko and Hotaru fight with Waka and the Oni Slave over the left peasant.

In the background, the Nian advances across the rice paddy. 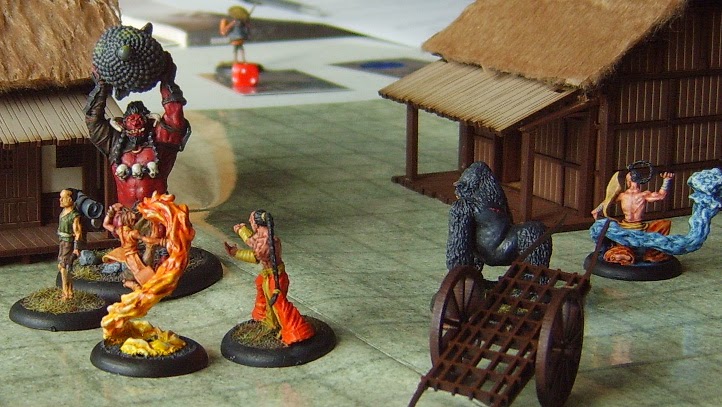 Disaster for the Savage Wave as Riku pushed back Bobata and a devastating charge from Gori-san finished him off. Meanwhile, Hotaru finished off the Slave and joined Kenko in attacking Waka. But they would both have to survive his giant stone Buddha head. 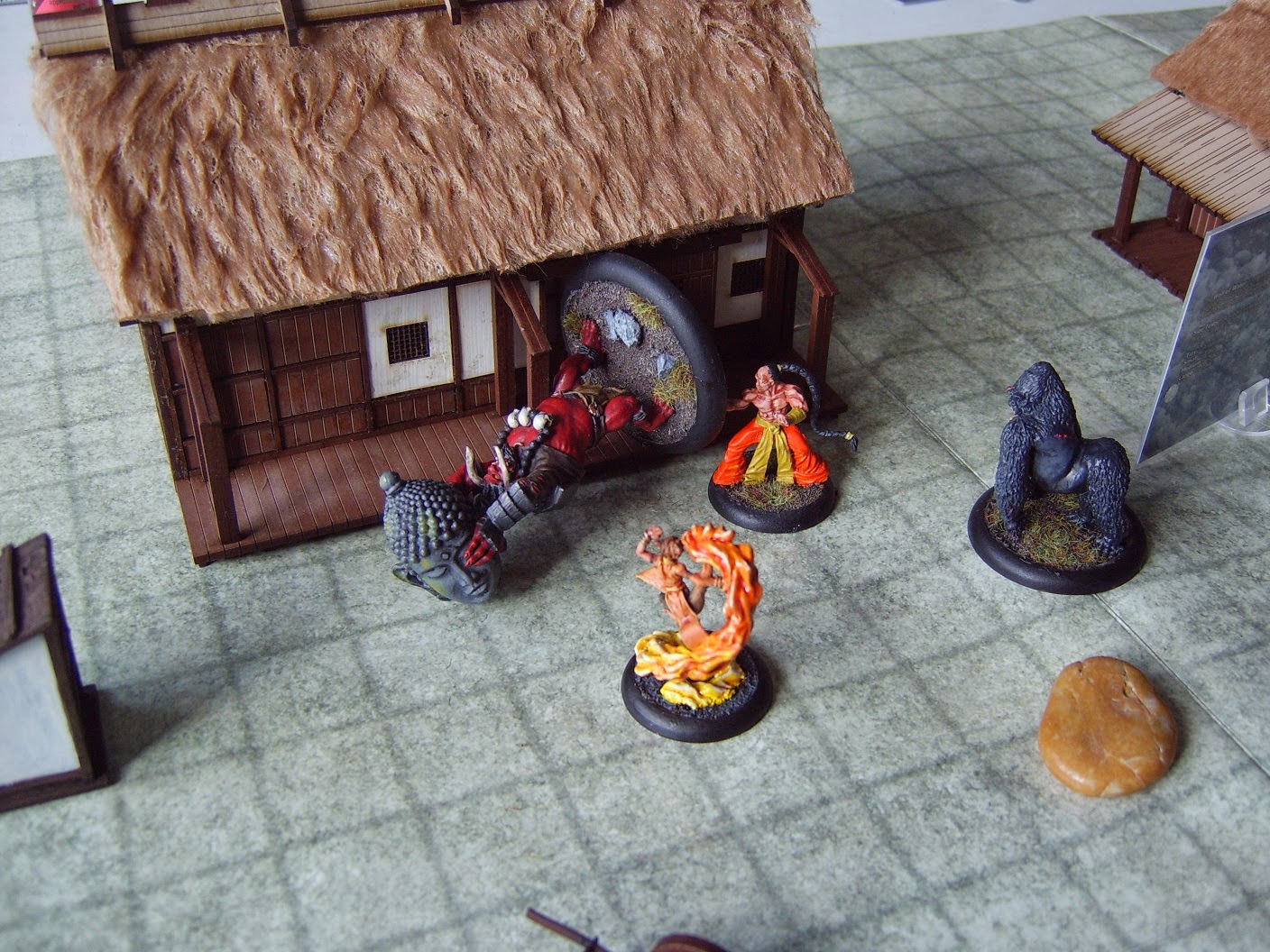 Sadly for Waka, Kenko survived the stone Buddha head with only minor injuries. No match for two monks, Waka was knocked down and then finished off. 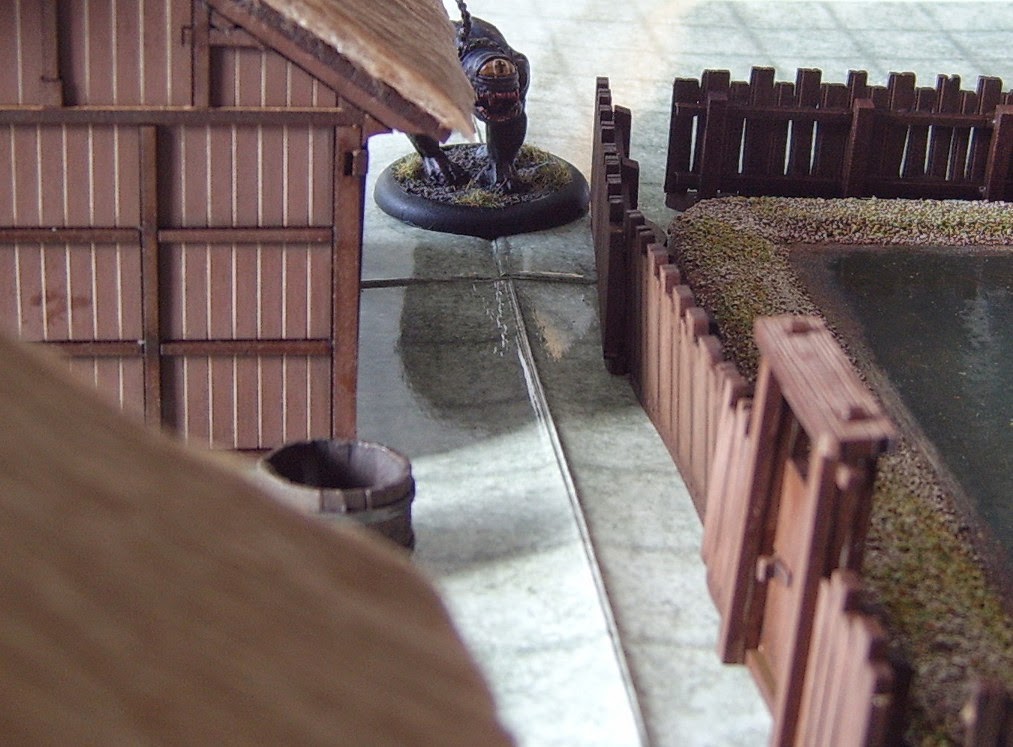 Meanwhile, the Nian sneaked around the back of the village. 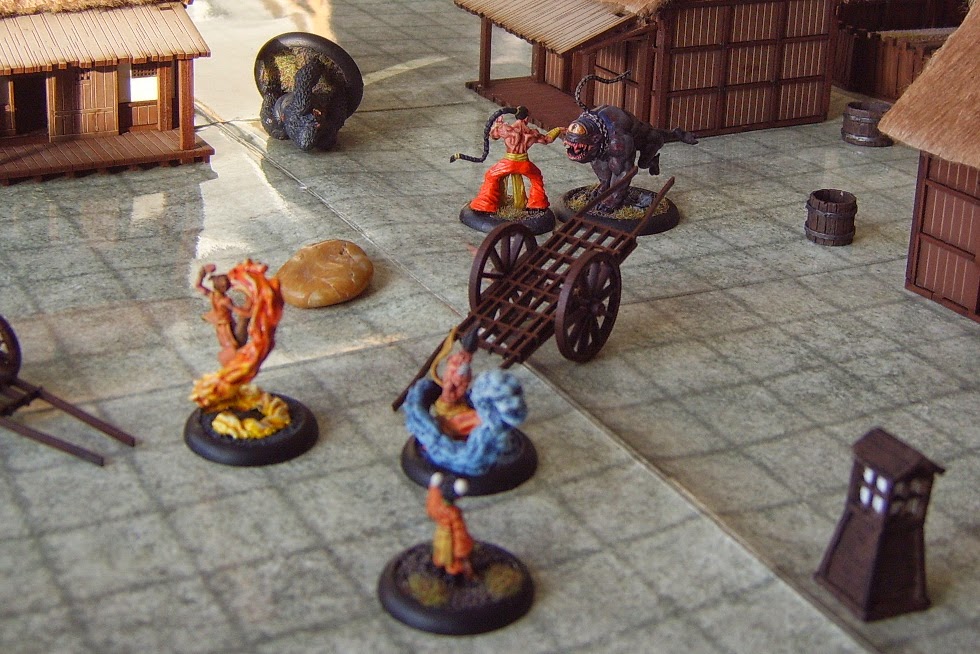 If the Nian had been lucky and had managed to finish off Kenko or Riku who were carrying the other wounded peasants, the Savage Wave still had a chance at a draw. He got off to a got start, hurling Gori-san to one side, but he wasn't strong enough to take out Kenko.

Scenario 1 went to the Temple.

It was an enjoyable, and pretty quick game, but it all went wrong for the Savage Wave when Bobata went down. While he would have had a hard time taking on both Gori-san and Kenko, he had a good chance of lasting long enough for the Nian to give him support from the other side. Gori-san rolled really well.

Hopefully, I'll update soon with details of Scenario 2.
No comments:

My weekend has pretty much been divided between playing Tales of Xillia 2, watching Tabletop and painting this guy: 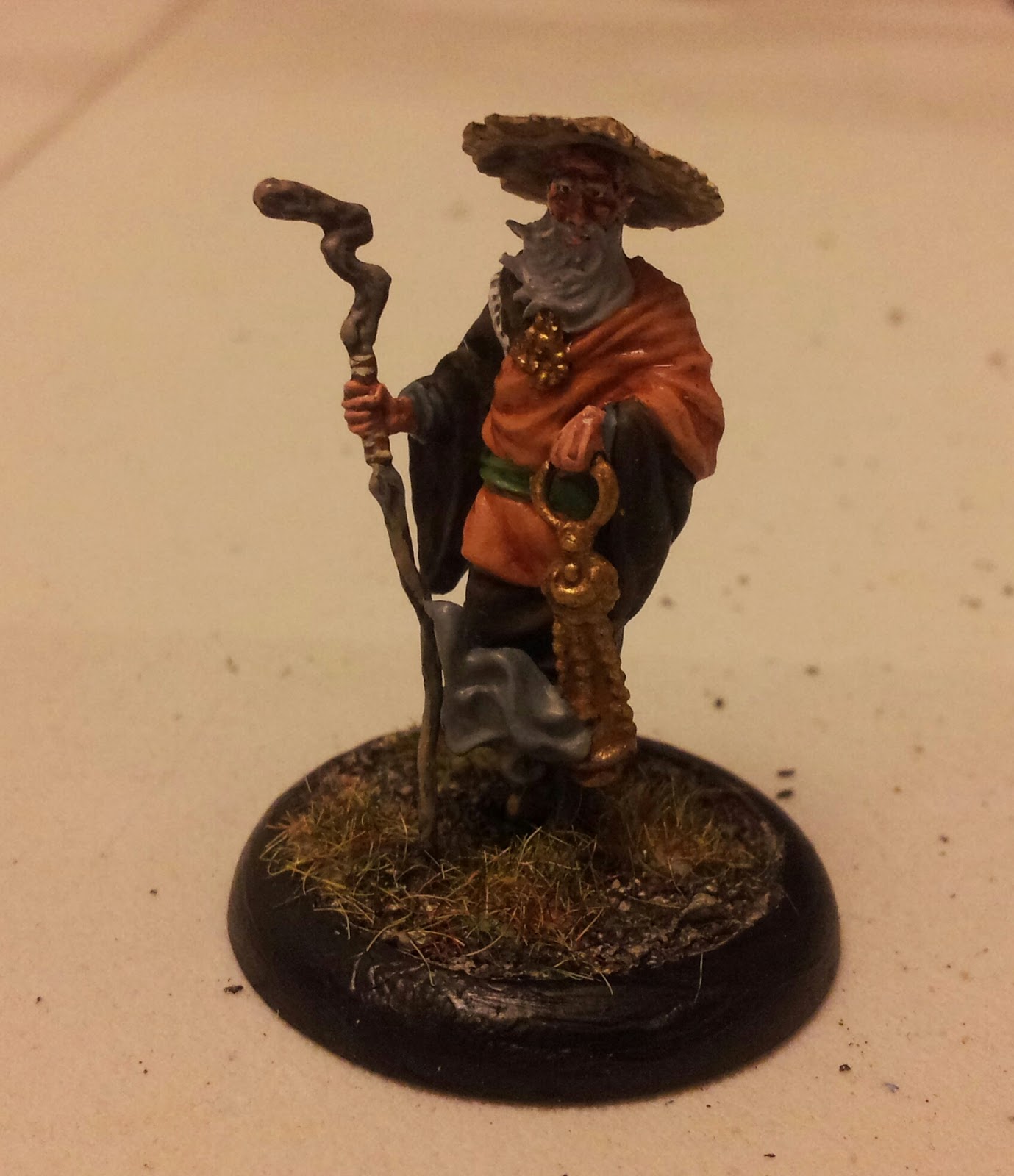 And I had a bit of time to try out a Cinnamon crumble cake recipe. 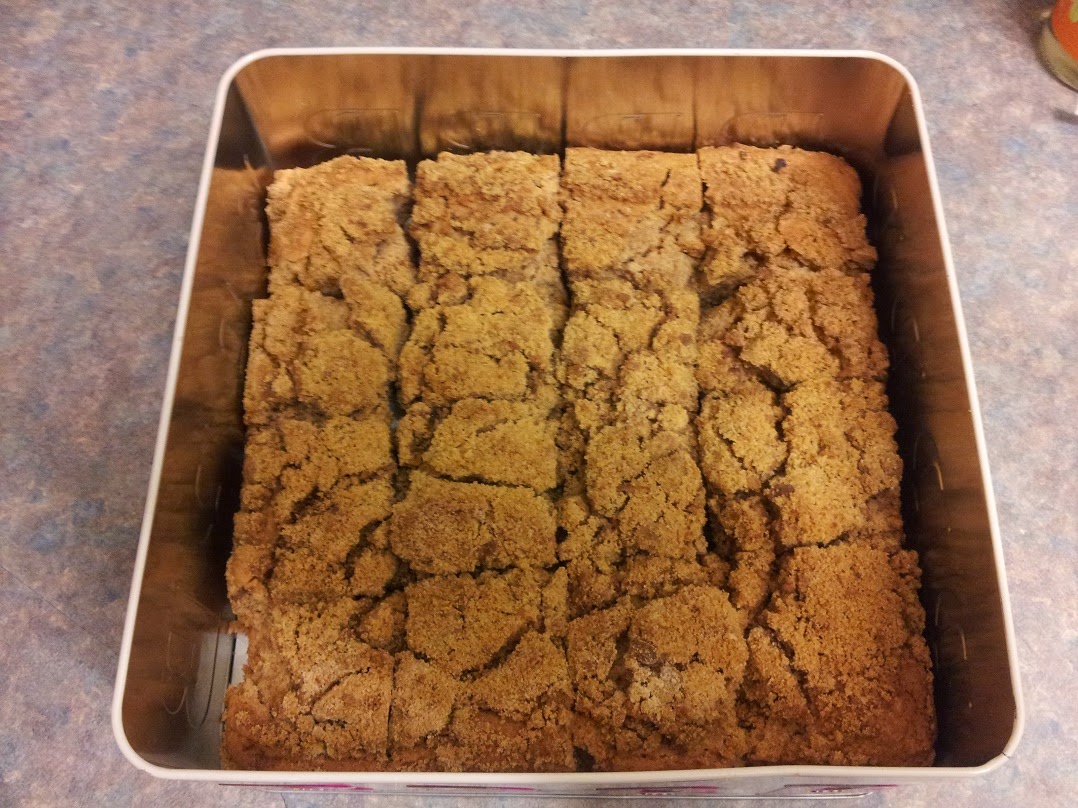 There is a reason behind my sudden, frantic rush of fantasy far east painting and terrain building. More information soon, time permitting.
No comments:

The Temple of mild annoyance

And here is the finished temple in all it's glory. I have to admit, I didn't expect to get it finished quite so quickly. 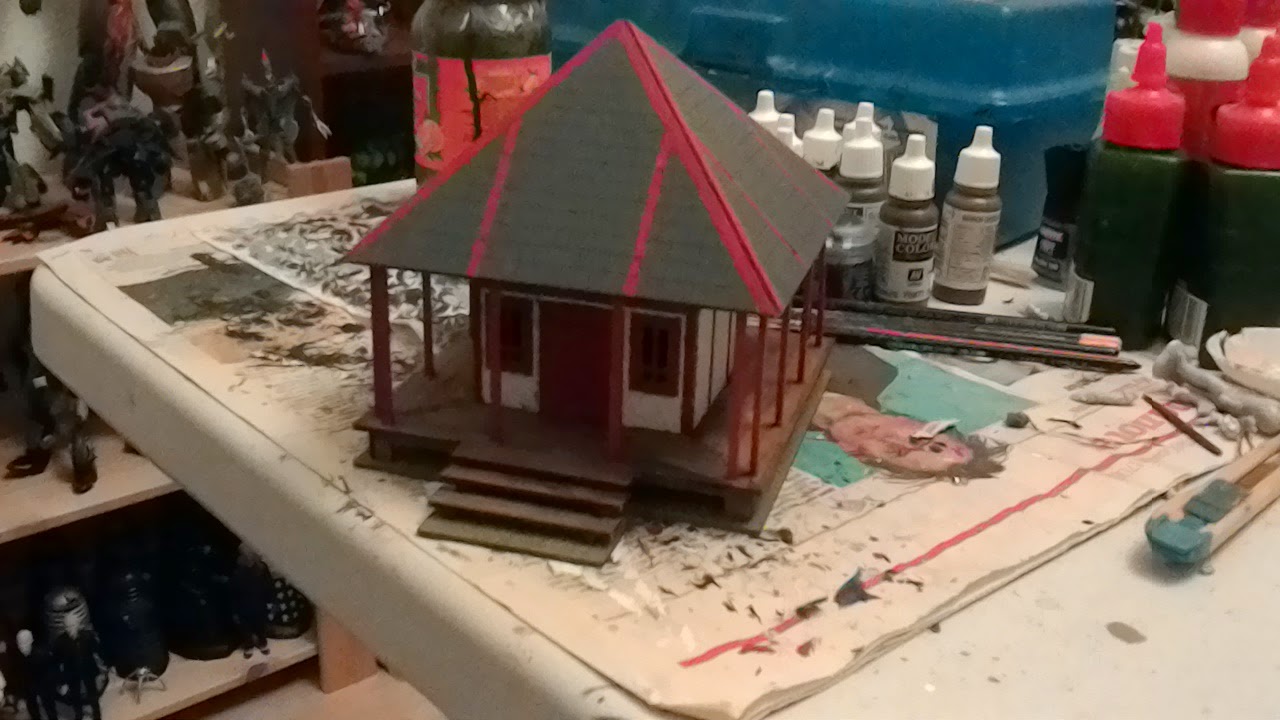 I had a nightmare of a time with the vertical struts. There are four pieces, one for each side, each of which consists of four vertical struts, attached to a horizontal piece which holds the central shrine building off the ground. You have to slide the four struts through four holes in the decking.

I made the foolish mistake of painting the struts before pushing them through the holes. When I pushed them through, I scraped half the paint off, one strut snapped clean in half and another half snapped and ended up at an angle. I was able to fix them so the casual observer won't notice, but I will never be able to look at anything else.

The end result is two nice pieces that add a bit of variety to my Bushido scenery collection, but which were more difficult to assemble than the 4Ground buildings and, thanks to the limits of my painting skills, don't look quite as good.

But, if you want a nice Japanese-style shrine, I don't think you can find a better one for the price.
2 comments:

A  quick update of what's going on at my painting table. 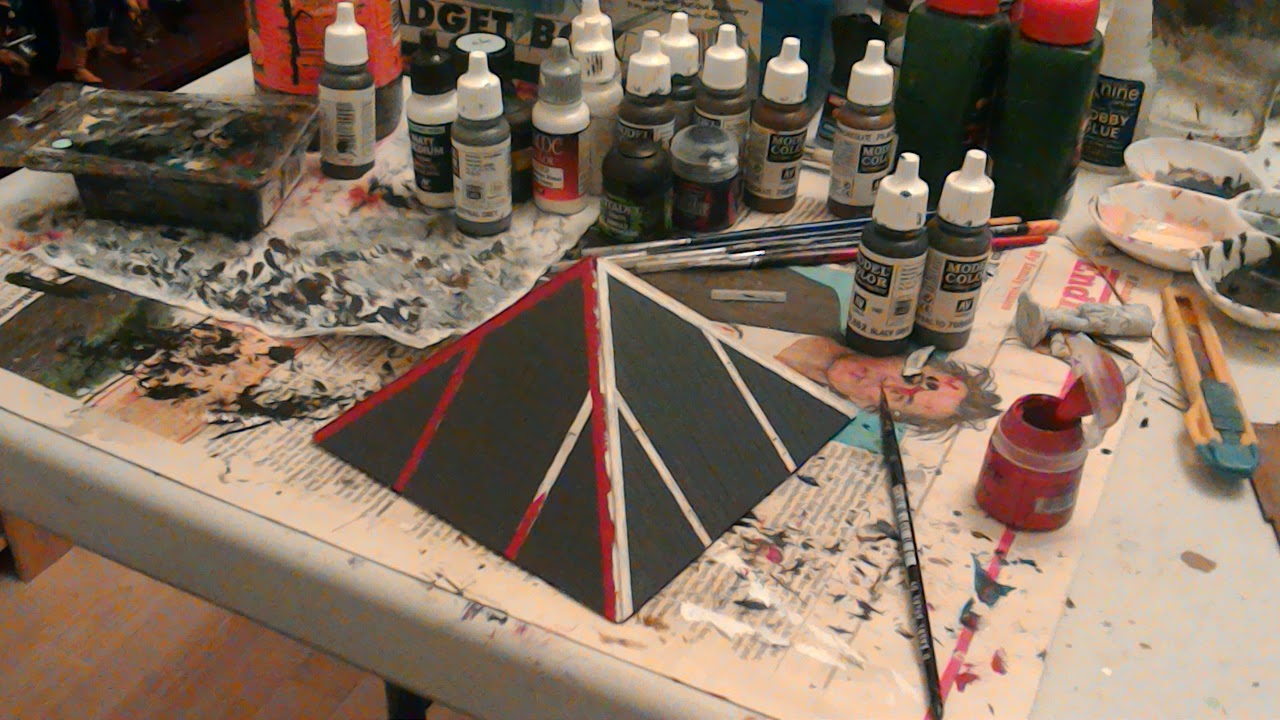 And a slightly more obvious item, a Torii arch. 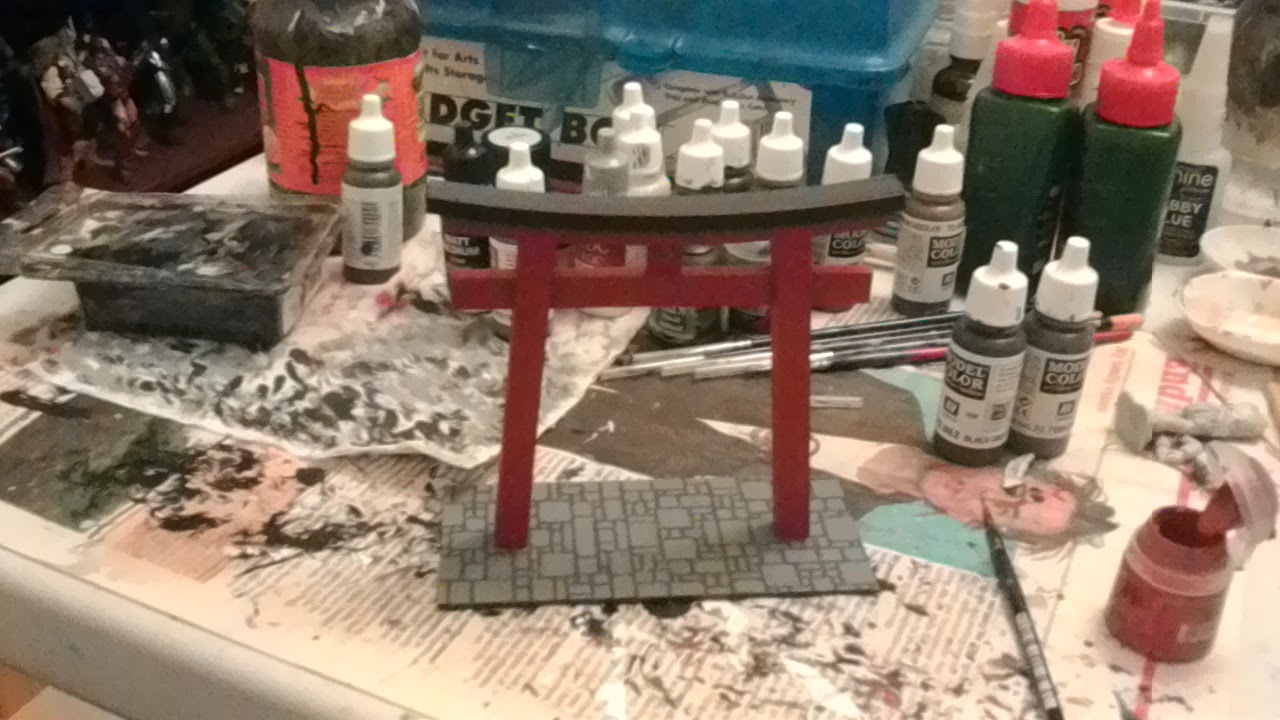 These are both from Sarissa Precision's range of 28mm Japanese buildings and both were Christmas presents (thanks Mum).

I have previously bought Japanese buildings from 4Ground but they only do village buildings. Sarissa do a Shrine and the arch which fit well with my Bushido Temple of Rokan models. Unfortunately, unlike 4Ground, Sarissa's buildings have to be painted, so I have been hard at work this weekend.