A few thoughts on Warhammer Adventures

I think it's fair to say that the announcement that Games Workshop would be publishing a range of novels aimed at children has had a mixed response. So far, there have been basically two categories of negative response. The first is that the Warhammer 40,000 universe, in particular, is not at all suitable for children and that doing this will inevitably lead to a "dilution" of the original concept.

The other has been straightforward bigotry. 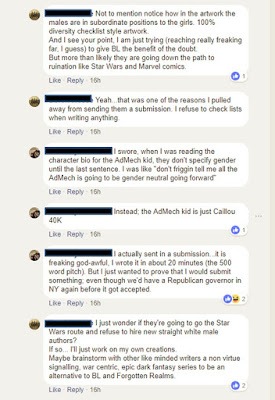 Some people have less of a problem with the idea of children's books and more with them featuring characters who may not be white and male (or even more shockingly, neither).* 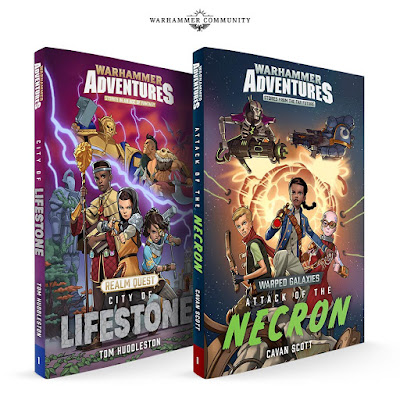 A large part of the problem here is that Games Workshop is based in a country that still treats "White and Male" as the default and everything else as a deviation from that. So introducing a non-white and non-male character looks, to some, like a political statement. This completely misses that presenting all characters as white and male is, itself, a political choice.

It's fair to say that Games Workshop has not had a great record on representation over the years and has been more than willing to follow this "white and male is the default" line. Female characters have existed, but they have tended to be restricted to specific units or armies, often with suspiciously little clothing.

As far as non-white characters go, Games Workshop has, if anything, been even worse. The Warhammer World was set up as an analogue to our own world in which the most of it outside of Europe was either unexplored, uninhabited or full of monsters. Gav Thorpe, rightly, pointed out that there are a quadrillion humans in the Imperium, but its funny how most of those painted by the design studio have ended up as white.

There are more than a quadrillion humans in the Imperium (and who knows how many in the Mortal Realms) but yeah, they’re all cishet white guys 🤔 🤬

This is something that Games Workshop have been trying to address, albeit slowly. A handful of non-white characters have crept into Age of Sigmar and more female characters have started to appear as well. If Warhammer Adventures is setting a new standard then this is definitely a good thing, though they may still have a long way to go.

Recently, I have been trying to paint a few human models as non-white, as much because there was no reason not to. My Sisters of Battle and Blood Angel Shadow War Kill Teams both feature non-white models and I painted my Lord Ordinator as black. 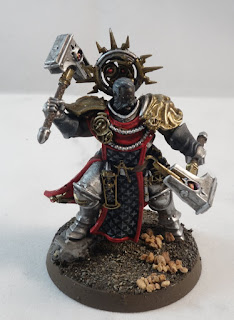 The odd thing about painting non-white humans was realising that the paint colours made to represent human skin tones are pretty much all white skin. I have gone through a lot of "flesh" colours over the years: pale flesh, tanned flesh, rosy flesh, rotting flesh and even dark flesh, and they are all different shades of white flesh. The only exception is "Orc flesh" which is green. My darkest "flesh" colour is Game Colour "Heavy Skintone" which might be just about dark enough to represent someone from the middle east. To paint my Lord Ordinator and my Scout Sergeant I had to use Vallejo "German Camo Black/Brown." 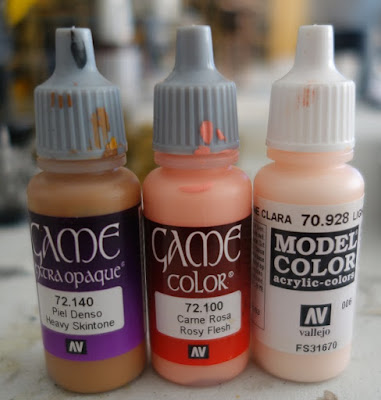 Imagine if you were a 10 year old looking to get into miniature gaming having just read a Warhammer Adventure story. You just got one of the the starter sets and are looking for some paints for your Space Marines. Imagine you are looking through the racks of paints for some suitable colours. And now imagine you are not white. Wouldn't the range of colours labelled "flesh" send a pretty clear signal that this is hobby is not for people like you? That the company that produced them didn't even remember that you exist?

Miniature gaming desperately needs to move beyond the assumption that everyone is white and male. Warhammer Adventures are a tiny step in the right direction.

*I think my favourite stupid reaction is the claim that the character Kiri wearing a hood means she is supposed to be  a Muslim. A Muslim in a fantasy world with no concept of Christianity, Judaism or Islam and which the actual Gods interact with humans and be bought in the shops and added to your actual armies.
No comments: