The first game of round four of the campaign saw two of the most successful Kill-teams go head to head, Sergeant Bogrot's Blood Axes and Sister Superior Winnifred's Sisters of Battle. The Sisters were still smarting from their frustrating loss to the Tau and ready to prove their mettle, while the Orks were keen to hold their position as campaign leaders and the only undefeated team.

The scenario: a straight forward Kill-Team fight. Do as much damage to your opponent as possible without losing too many of your own. 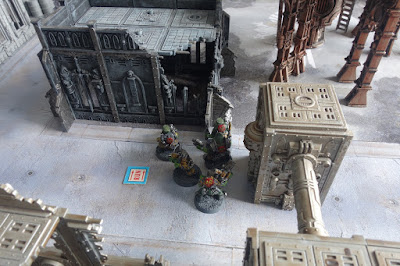 Sheer numbers more or less forced the Orks to divide into two groups, with the slightly larger of two moving through the cover of the Promethium refinery. While Sergeant Bogrot lead the other group on a flank attack towards the Sister's left.

The Sisters focused their attention on the central group, moving into firing positions 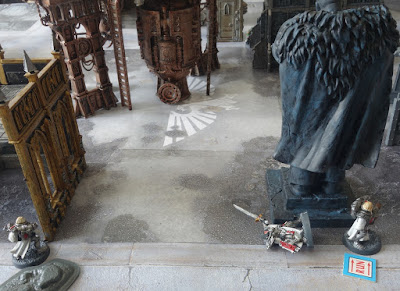 A firefight quickly broke out. For the second game in the row, Fuzzle made the first shot of the game, hit his target and immediately ran out of ammo. A crack shot who only remembers to load one bullet into his gun. 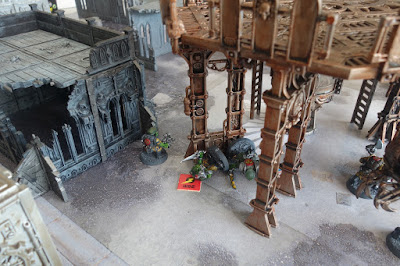 Despite Fuzzle's excellent opening shot, the Orks took the worst of the fire, though they could afford some losses. 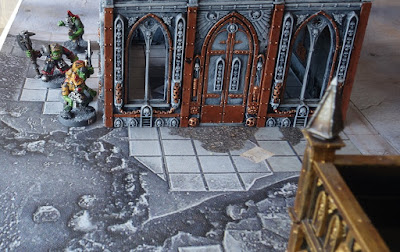 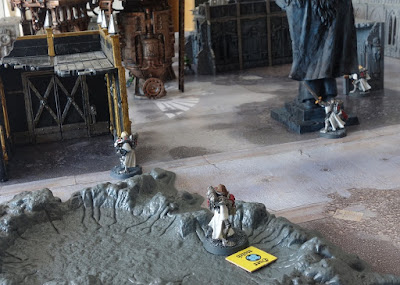 In the centre, co-ordinated fire from the Sisters was starting to tell. The Sister's shots were finding their mark, while the Orks were struggling to hit anything. Weight of numbers was not helping. 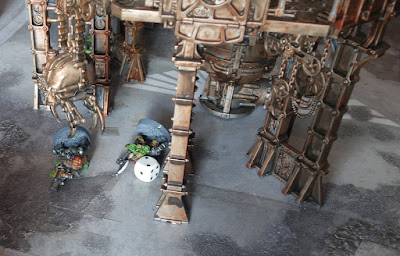 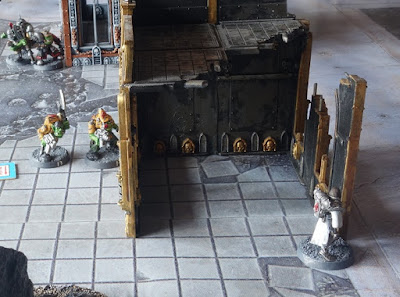 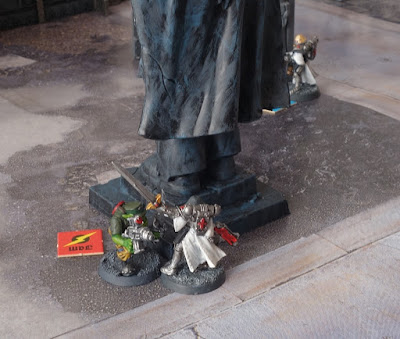 With no more ammunition, Fuzzle threw himself into a death or glory charge against Sister Superior Winnifred, hoping to delay her and split the Sisters.

Unfortunately for the Orks, the Sisters manoeuvred too quickly for them and the Orks trap failed to spring. 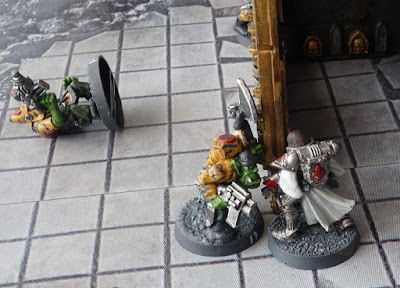 Even in close combat the Orks couldn't find their mark. 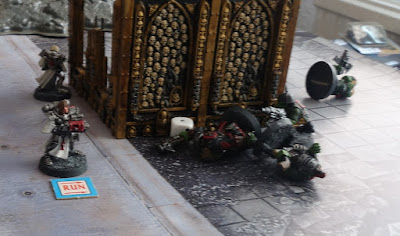 Orks were going down in droves. Ultimately, seven went down to only one Sister (Sister Ursula). 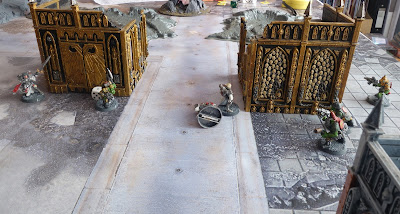 A last minute surge by the Orks wasn't enough to turn the tide. They bottle, giving the Sisters the field and tasting their first defeat.

The Sisters won a total of three data caches. Two for the victory and a third for taking out three times as many enemies as they lost. With the Orks only winning one, this left the Sisters as campaign leaders. The Orks were fairly lucky, no deaths and four of the seven Orks made full recoveries. Only Sergeant Bogrot and Snagrip were left with old battle wounds and Molk lost an eye. The Orks spent their credits re-equipping and making sure Fuzzle had an ammo reload, while the Sisters recruited two new troopers, Sisters Hildegarde and Anastasia.

Things were looking good for the Sisters, with nine data caches, to the Orks eight. It would take a pretty impressive performance from one of the other teams to catch up with them in this round.