Another Salute, the UK's biggest wargaming show, has been and gone and it only occurred to me on the day that this would be my tenth. My first was in 2006 and I have been to every one since. 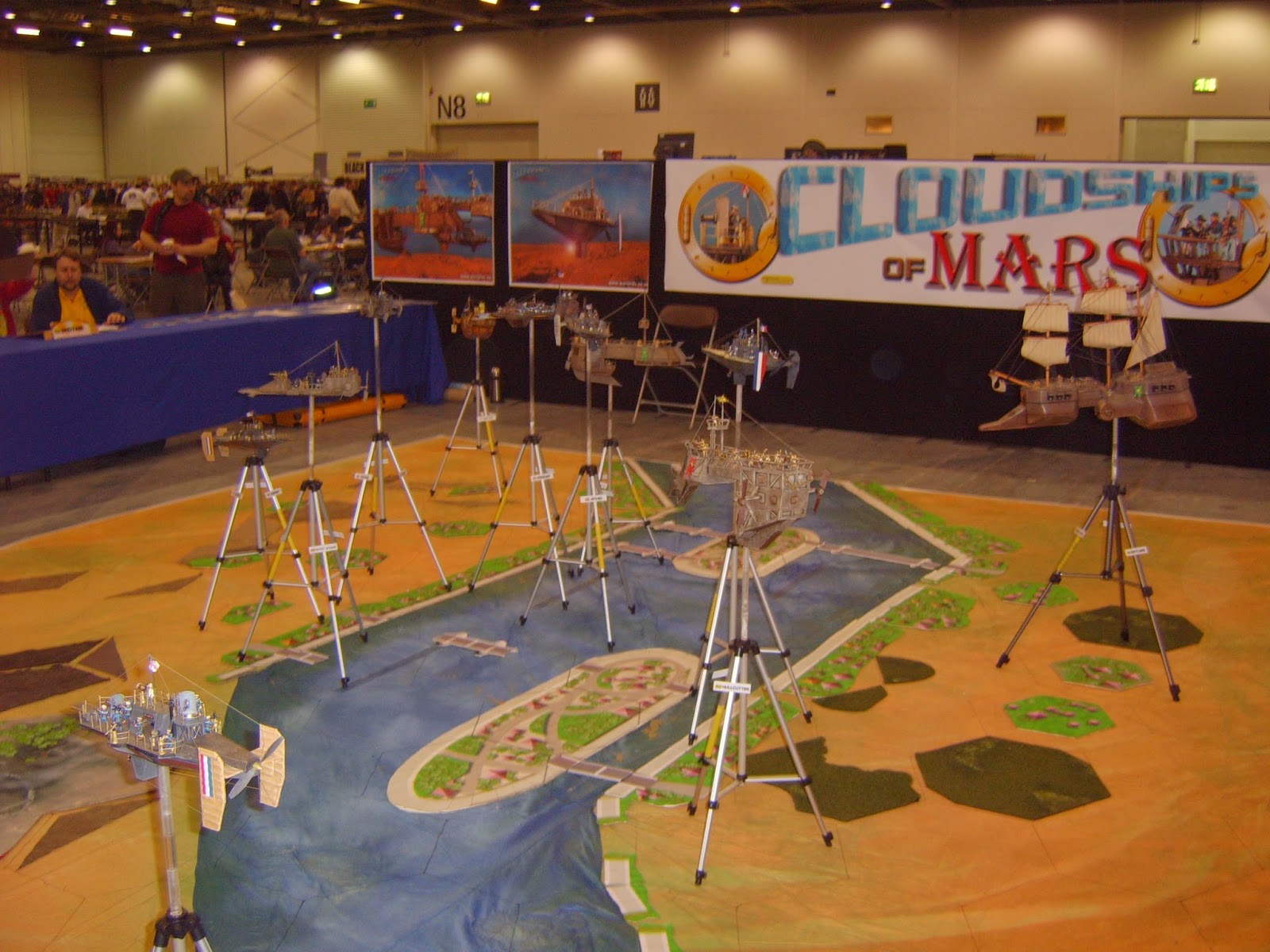 In last year's post, I described Salute as "a pop-up wargaming superstore that trades for only one day each year." I still think that's an accurate description, but I don't think it's a negative thing. Salute is essentially a trade show, but one that gives small producers and traders representing what is, still, a very niche hobby the chance to reach the largest possible audience. At the same time, it gives hobbyists a chance to buy products they would struggle to find anywhere else.

But ten shows has left me wondering if their have been any major trends or developments? My Salute 2006 experience was dominated by Privateer Press who had just launched Hordes and had a huge stand set up at the front of the show to reflect that. Also present was Wizkids games, producers of Heroclix and other pre-painted miniatures with dials in their bases. Despite their medium-sized stand, their foot print was greatly increased by row upon row of demo games. 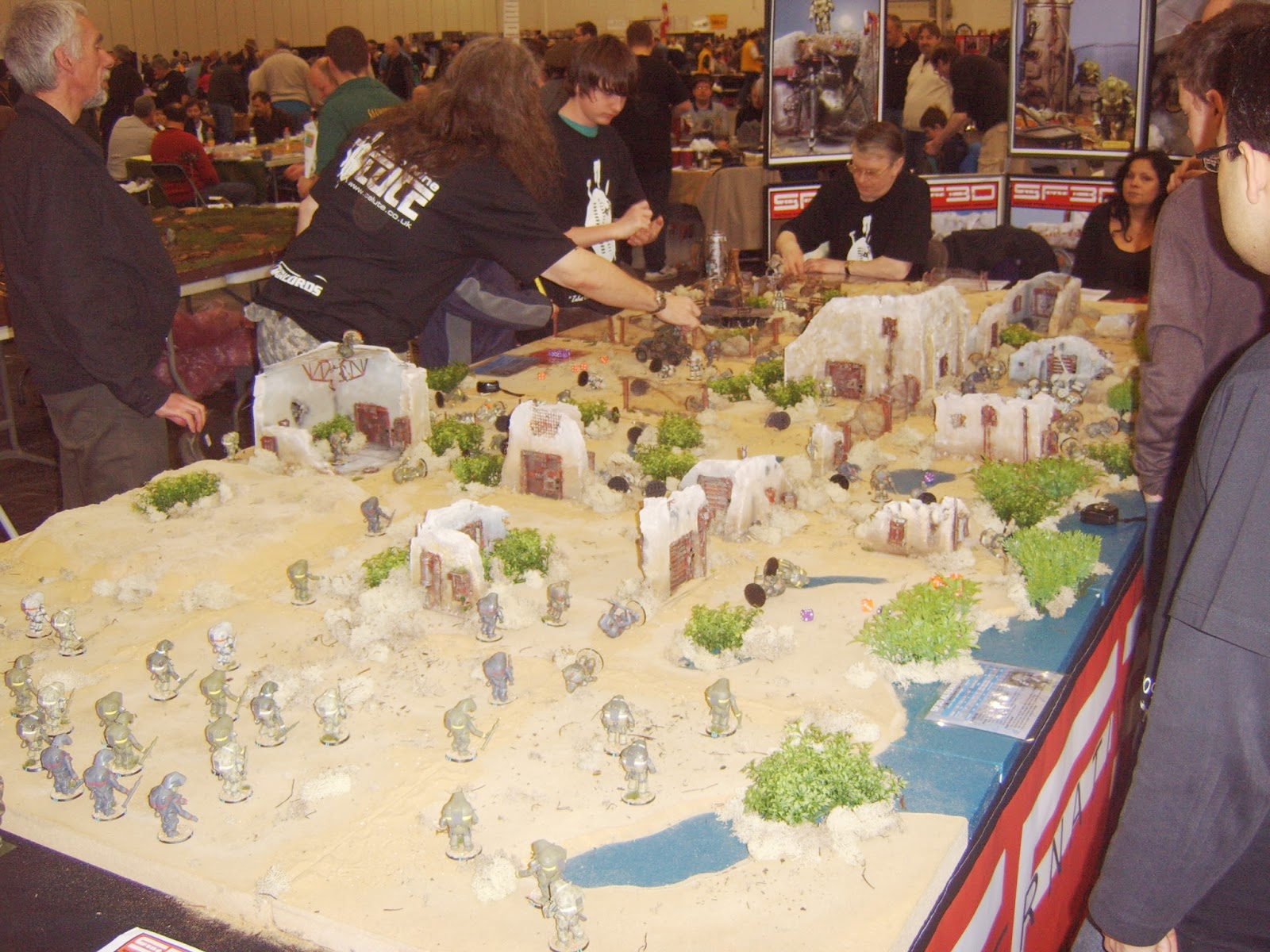 Both were largely absent from Salute 2015. Privateer press long ago gave up running a personal stand, although their miniatures are still represented by a number of traders. Since being sold by their parent company Topps, Wizkids has become smaller and more US focused, and their presence at Salute has dwindled.

Games Workshop too has given up running their own stand. They are clearly comfortably represented by independent traders and it is unlikely they ever did much business given the amount of discounted Games Workshop products available elsewhere. Forge World was left to fly the Games Workshop flag, and was still doing well this year, although they had eliminated their usual disorganised mob in favour of an orderly, if extremely long, queue. 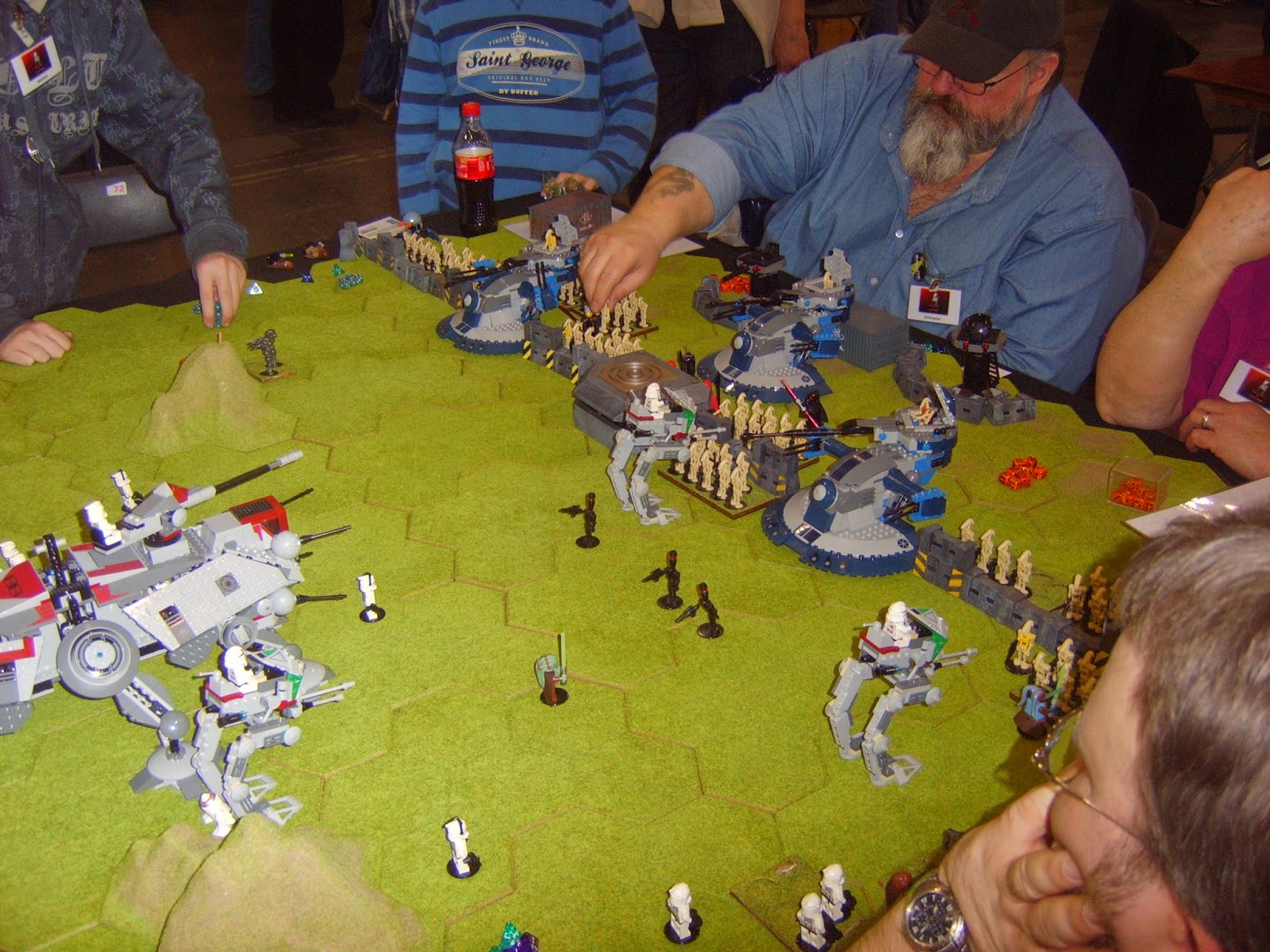 In contrast, independent trader Wayland games have seen their presence expand year on year to the point where they are essentially running a their own wall-less games shop from the centre of the Excel centre, offering proper checkouts, carry bags and the chance to pay with plastic, a dangerous temptation for many wargamers.

This year, however, they were challenged by the Troll Trader who were offering a similar open-plan shopping experience, combined with even sharper discounts and an extensive range of bargain bins. 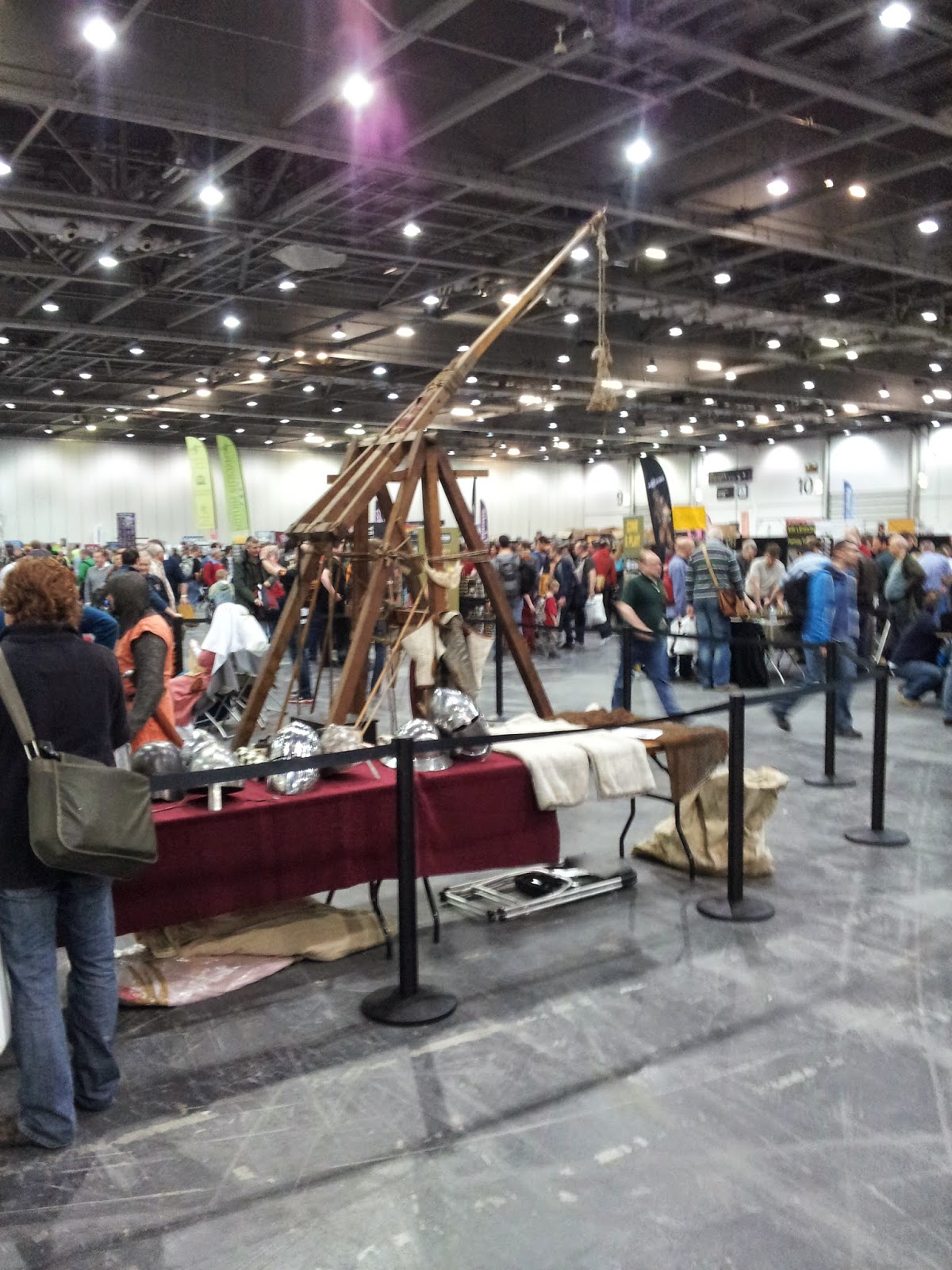 If there is a trend here, it is the character of the show has shifted from being dominated by big producers to the larger independent traders. That is not to say that producers do not have a presence. A great number including, but not limited to, Perry Miniatures, Heresy Miniature, Hasslefree Miniatures, West Wind productions, GCT Studios, Crooked Dice and Warlord games, have been attending Salute for years meeting enthusiasts and diligently plugging their latest games.

But the biggest players, by which I mean those with the largest footprint and the most visible presence have shifted. With Games Workshop and the largest US companies gone, the place has been taken by traders, but they can only offer what the producers supply. Wayland and the Troll trader may get the bulk of the business, but the shopping experience is likely to be brief. If this gives the small producers more time to actively engage with their customers this may be no bad thing. 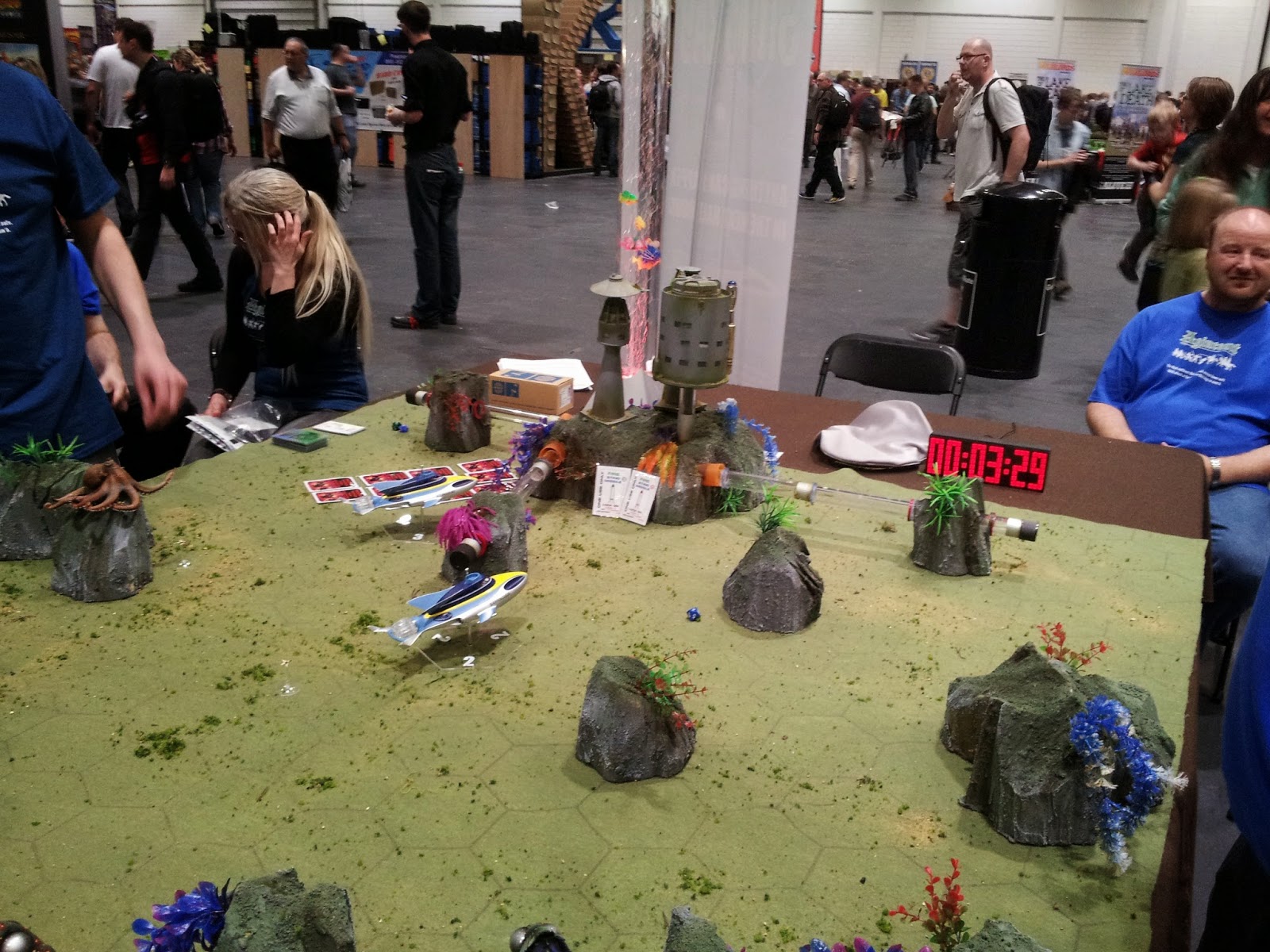 One significant shift made only this year was the change to the Salute grand prize. Previously this had been a raffle held at the end of the day in which a random ticket would be drawn and the winner given a large prize of Salute vouchers. This had the effect of keeping a lot of attendees at the show until they end and ensured that a large crowd gathered for the shows gaming and painting awards.

This year, the prize draw was replaced with golden tickets hidden in three of the shows goody bags. The winners, and the much larger number of losers, knew where they stood much earlier in the day,  but it removed one incentive to stay to the end. Whether this lead to a tailing off as they day progressed I don't know, because for the first time in ten years, I didn't stay until the end.
No comments: