Shadow War - Turning it around

Sorry, I'm not getting any better at getting these Shadow War updates out there. I'm still playing the games, but lagging behind on editing the pictures and writing them up.

This fight was always likely to be "interesting" in that it saw the Tau, one of the most successful kill-teams going up against the Dark Eldar, who were pretty much the worst. After the Tau's last impressive, but really rather boring, victory I was worried this was going to turn into a massacre. Suffice it to say, things didn't pan out as I feared.

The scenario was Scavenger, meaning that both teams would be competing to secure loot counters scattered about the field. This actually favoured the Dark Eldar a little, as the Tau couldn't simply sit back and open fire. The Tau rolled "hidden cache" which meant the winners would get an extra 100 credits to spend at the end of the mission and the Dark Eldar rolled "Toxic Ash" meaning injured fighters were more likely to go out of action if they were down at the end of the game. 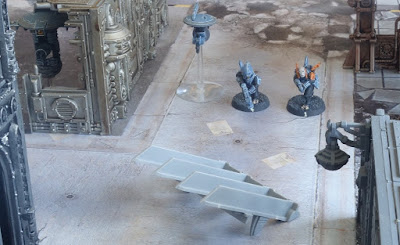 The Dark Eldar deployed mostly in a group, as much for lack of space as anything else. While the Tau tried to take up a strong firing position. 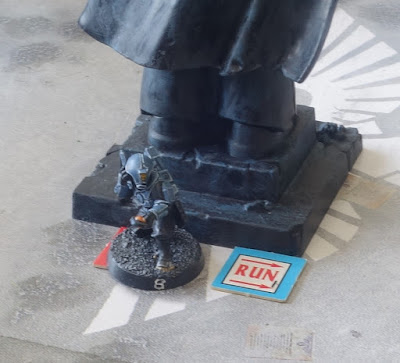 Pathfinder Uk'alt, a Tau with the infiltrate skill, opened proceedings but darting foward to secure the first loot counter. 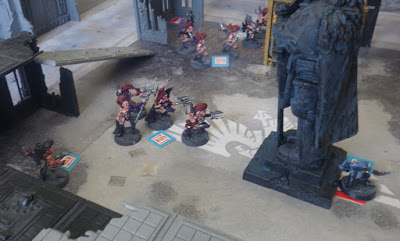 Only to find himself swarmed by Dark Eldar. With the Tau's marker lights eliminating the effect of cover, there was little point in the Dark Eldar being cautious. Instead they ran forward on mass, hoping that sheer numbers and the -1 to hit effect caused by their running would blunt the Tau's effectiveness of the Tau's shooting. 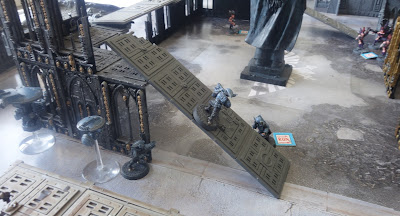 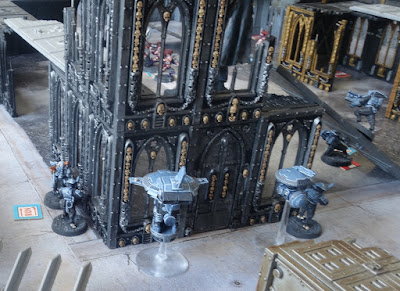 It was a risky, but largely effective strategy. Tau firepower forced the Dark Eldar to disperse, but not before securing most of the loot and taking few casualties. 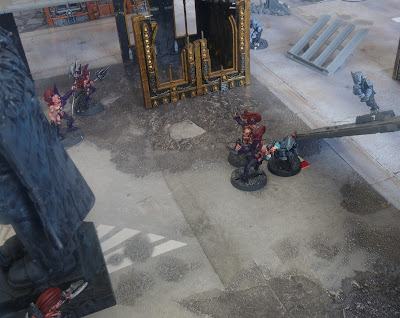 Uk'alt, the only Tau with a loot counter, quickly found himself taking on two Dark Eldar in hand to hand combat. 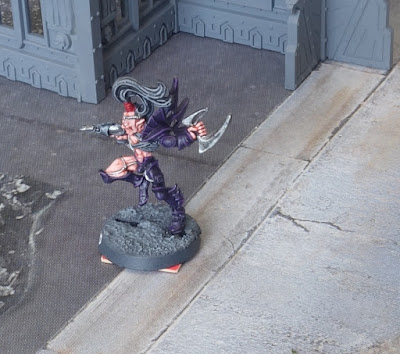 While the Dark Eldar Heskar, escaped with the first loot counter. 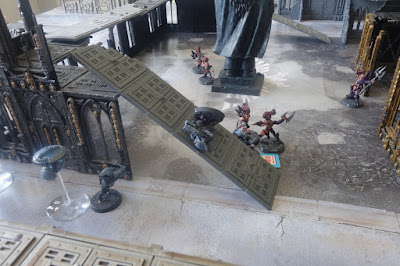 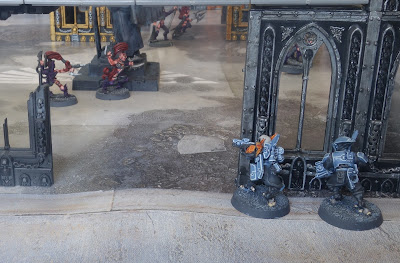 The Tau kept up the pressure, with Shas'ui Tas'vou leading a flanking manoeuvre that caught the Dark Eldar in a crossfire. 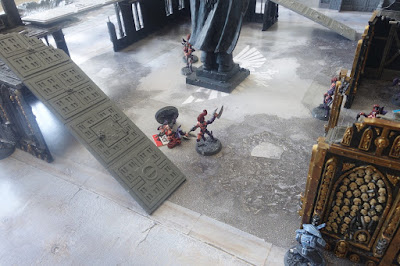 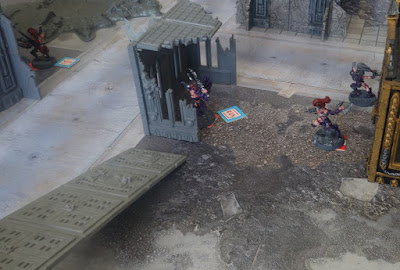 The Dark Eldar took some casualties, but unencumbered team members acting as fire shields and a ruthless willingness to leave the injured behind allowed them to secure all four counters. 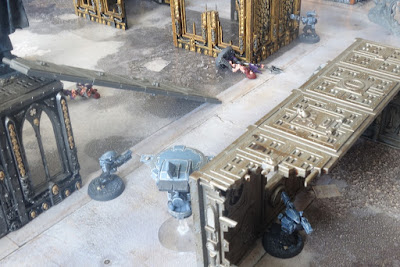 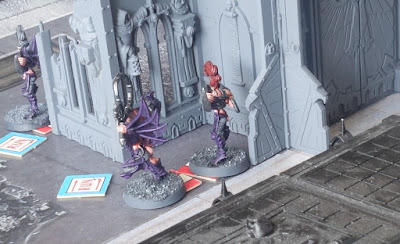 The Tau maintained the pressure, but it was to no avail and the Dark Eldar escaped with the loot.

The Tau  suffered fewer casualties in total, but Pathfinder Net'ra died from his injuries. The Tau were forced to spend their credits to recruit a new cadet Kel'zar, who was sure to experience a baptism of fire. With a full roster and no shortage of gear, the Dark Eldar had nothing to spend their credits on put recruiting a special operative (which they were allowed to do as per my campaign house rules). They recruited an Homunculus and, as they had a bonus 100 credits, I decided they could have her for two games.

Having looked at the Homunculus rules, I realised that I had been missing a special rule for the entire campaign. The Dark Eldar had been entitled to roll on the combat drugs table at the start of every mission and I hadn't been doing it. Given their stunning victory in this round, it can't have been the sole cause of their poor performance, but it certainly couldn't have helped.

In fact, it was only in this game that I figured out how to use the properly. I had panicked after round 1 in which the Blood Angels shot them to pieces, but actually, running forward as fast as possible is the best way to use them. I just had to use weaker members of the team to screen the stronger and make sure they ran to gain the -1 to hit penalty. It will be interesting to see how they get on now that I've figured that out and they have their combat drugs (and the Homunculus bonus).