Do we need games magazines anymore?

Jake Thornton has posted the Beta rules for the latest three Dreadball teams on the Quirkworthy blog. Once, long ago, these would have been published in a printed magazine. That they now appear on the games designers blog highlights one more area once occupied by dead tree publications that has been annexed by the web.

With the Internet all but ubiquitous, there is really very little left for gaming magazines. Experimental rules work better on the Internet because the designer can get immediate feedback and make quick updates. News is also better managed by websites and blogs which can update more frequently and post corrections.

Other traditional areas covered by magazines, from painting advice, modelling guides, reviews, battle reports may not be any better online, but they certainly aren't any worse and have the advantage of costing far less to publish. It feels like the only advantage print has is that it can be carried to the gaming table, but in the era of Ipads, Tablets and smart phones even that advantage is falling away.

Looking back ten years or more, most miniature companies looking to make a name for themselves, or just compete with Games Workshop, felt the need for some kind of house journal or periodical, from Cry Havoc (Rackham) to No Quarter (Privateer Press). Mantic Games tried it for a little while, but dropped the idea quite quickly. Wyrd Games produce a digital magazine, before focusing their attention on the website. And Cipher Studios have run their blog as a kind of rolling online magazine.

So it feels like the era of the printed games magazine is ending. Does it really matter? Have we not replaced one way of distributing content with another, better, system? Well there is one respect in which a magazine can be better than the web. The web offers an article, blog or video for everyone on almost any subject imaginable. But it is so vast, that you have to go and look for it. A good magazine can offer a selection of articles on a variety of subjects, some of which you might not have thought to read. I have started more than one army and more than one game simply because of a sideways glance at an article in a magazine I had bought for a completely different reason. Yes it is possible to stumble across interesting and unexpected content on the Internet, but are you as likely to?

So if the printed magazine is becoming a thing of the past, there is at least one area where we may be worse off.
2 comments:

A big ol' box of fun

Look what I found waiting for me when I got home from work yesterday. 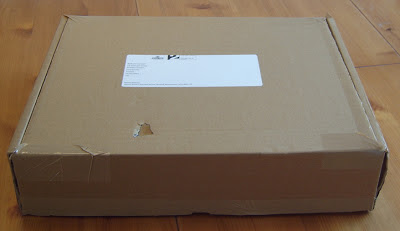 It's my second reward bundle from Mantic's Kings of War Kickstarter, including a good sample selection of all the KOW models Mantic have up for pre-order at the moment. I knew that they had posted these out at the weekend, but it always feels good to come home to a parcel of goodies. 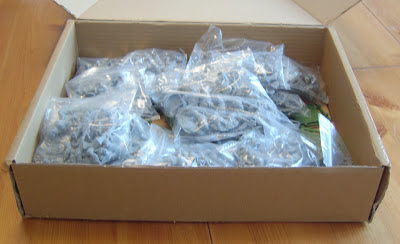 As my original pledge was worth $175 I knew I would be getting a good selection of free samples. I had also ordered some Ogres, to add to my historical Normans to make them a bit more fantasy for KOW, some Mummies for my Undead and some Elf Palace Guard for MLB (for which he will be compensating me). What I hadn't expected was for Mantic to add this on to my original pledge total meaning that I beat the $225 limit for the next batch of freebies. So I ended up with 3 extra Ogres, 3 werewolves and a goblin mincer I wasn't expecting. Plus there's more to come. 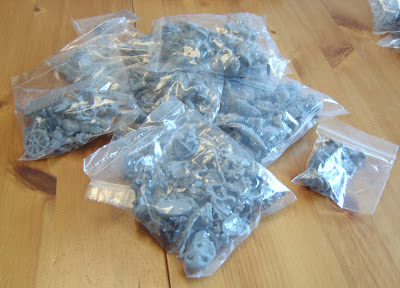 There have been some delays, so the Elf cavalry, Abyssal Dwarf Immortal Guard, Gargoyles and most of the Basilean humans (Battle Nuns, Cat-riders and Angels mostly) aren't going to be here for another month or two. But, by way of compensation, Mantic have doubled up my goblin fleabag-riders and Dwarf Brock-riders, so I ended up with ten of each. The dwarves are certainly welcome. Extra stuff I paid for

I have only glanced over the models so far and haven't opened or glue anything together yet, but everything seems to be pretty well cast, though there are some frighteningly tiny components. 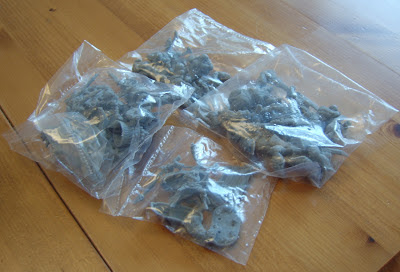 Now that I have the rather lovely new trolls, the Fight Wagon and the Orc Wizard from the previous bundle of goodies I am seriously thinking about a KOW Orc army. I am sure this is all part of the plan. Nothing like a big bundle of freebies to get you to spend lots more money. 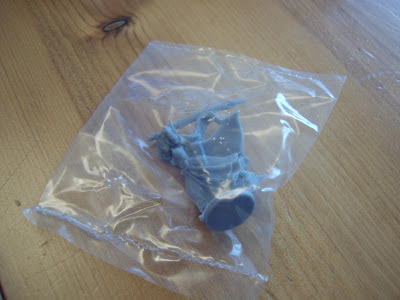 Lady Ilona the Vampire
No comments:

Do you use the same miniatures for more than one game?

Obviously there are some companies who have actively used a range of miniatures as for more than one game. Rackham did it with Confrontation and Ragnarok, Games Workshop with Mordheim and Warhammer and soon Mantic with Deadzone and Warpath, to name but three. Not to mention the venerable history of borrowing models from a tabletop army to use in a Dungeon Crawl board game (Advanced HeroQuest, Warhammer Quest, Dwarf King's hold and so on).

But what about using the same, or almost the same, army for two different table top games. Mantic started out making models that were blatantly usable in Warhammer and Avatars of War have done the same, but now they have their own games would you still use the models for Warhammer?

I have to admit I have always felt a bit funny about this. I can't pretend its rational, but somehow I feel as though each army should be tailored for a particular fantasy world. I don't like the idea that my Mantic Undead should have a kind of cross dimensional existence in both the Warhammer and Mantic worlds. Weirdly, the rule even applies to games that aren't associated with a particular range of miniatures. I have been looking at Song of Blades and Heroes lately, but even there I think I would have to use a specific set of models for the game. It makes no sense, and its costing me money and shelf space.

Strangely, this self-imposed rule doesn't apply, or at least doesn't apply as strongly, to historical games. I have now issue with the idea of using my Normans and Saxons for Clash of Empires or Hail Caesar, or my (very slowly) developing Samurai army for Taiko or Osprey's forthcoming Ronin. Maybe, because historical miniatures represent actual people, they cannot be coupled to a rules set in the way that an invented fantasy or sci-fi range can?

Maybe there's hope for me in this direction. Just recently, I tried playing Kings of War using my Normans as a human kingdom, and now I have ordered a bunch of Mantic's Ogres to bulk them out in fantasy gaming only. The big test will be if I ever use them for Warhammer.
3 comments: