I have been wanting to do something with 28mm historical Samurai for a while. I had a accumulated a few Perry Miniatures models, but hadn't figured out what to do with them until Osprey released Ronin as part of its wargames series. 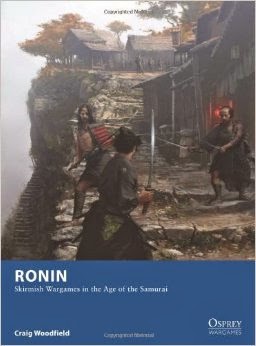 Ronin is designed for small scale skirmishes with 4 to 20 models a side, which means I didn't have a lot of painting to do. But between Chaos Dwarfs, Bushido, Inquisitor, I only just got around to painting them. 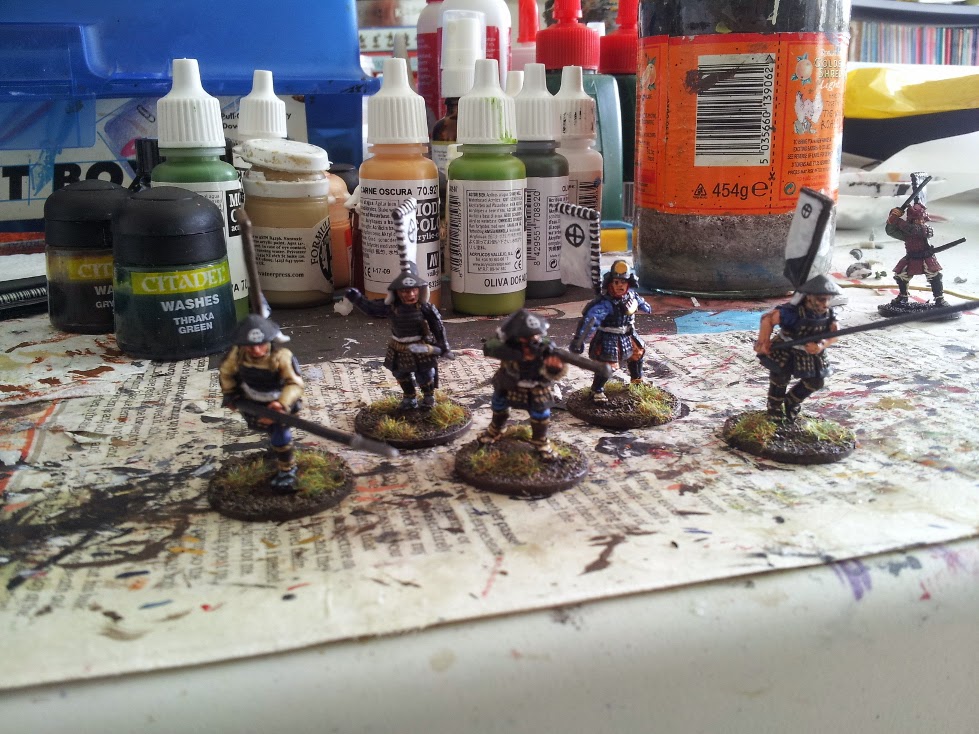 They aren't supposed to have a very uniform look, but I tried to put a little bit of blue on all of them. 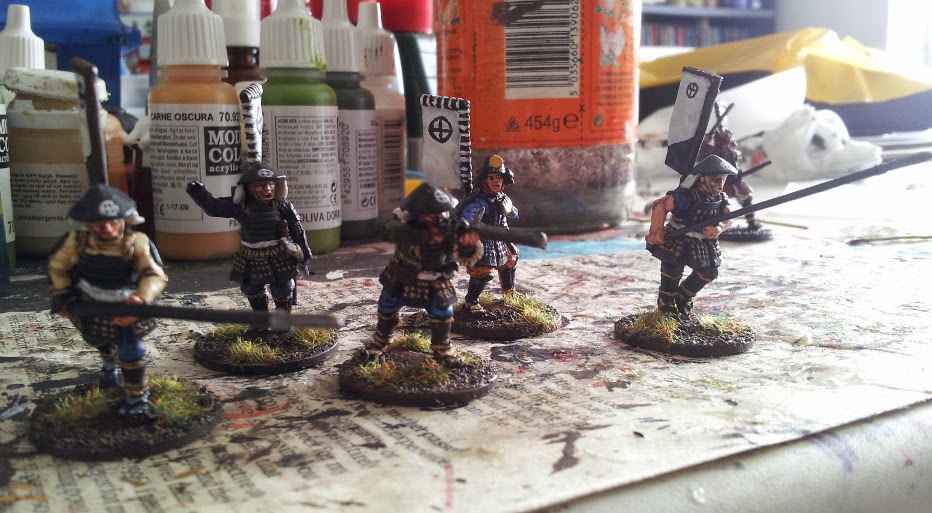 The Sashimono (back banners) show that they belong to the Shimazu clan. The Shimazu were based in the far west of Japan in Satsuma, far enough away from the centres of power to develop a few idiosyncrasies. They were one of the first clans to encounter westerners and to use muskets. But in spite of that, at the battle of Sekigahara in 1600, the clan leader Shimazu Yoshihiro turned up carrying a bow, which was considered quite quaint.

The Shimazu were unique among the Samurai in being involved in two overseas ventures. The first was the unsuccessful invasion of Korea in the 1590s. The second was in 1609 when, at the behest of the Shogun, they invaded the independent kingdom of Ryukyu, now the island chain of Okinawa, conquering it and absorbing it into Japan. 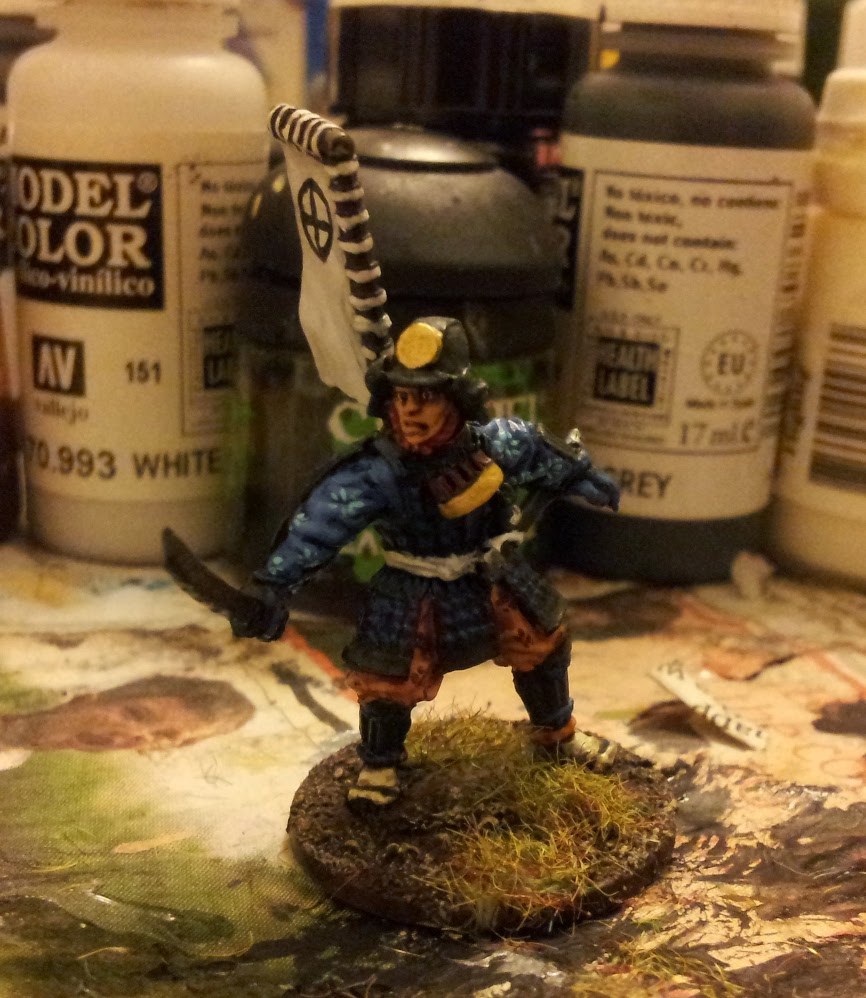 Two hundred years after this they were the instigators of the Satsuma rebellion whose history would be mangled by Tom Cruise and the Teenage Mutant Ninja Turtles among others.

These first five are a 100 point Bushi buntai, consisting of three Ashigaru, including one with a teppo (musket), an Ashigaru-Gashira (basically a sergeant) and a Samurai. I'll be boosting it up to 200 points in due course and working on a couple of other Buntai so they have someone to fight. If you look in the background of the top two shots you see the beginnings of the next Buntai.