It's been a while since my last post. Sorry about that, but those of you who follow me on Twitter will know that, at the beginning of July, I spent the better part of two weeks in Japan. What does this have to do with wargaming? Not much, but more than you think.

Japan has basically no domestic wargaming industry. Board games, trading card games and even traditional pen and roleplaying is popular, but Japan doesn't really produce any wargames of its own.

That said, model kits are extremely popular and very widely available. Most notably, the huge range of kits based on the various Gundam anime series. My brother and I stopped in at Gundam Base on the Island of Odaiba in Tokyo Bay. For enthusiasts of the Gunpla hobby (a portmanteau of Gundam and Play) this was like Warhammer World.

There were huge displays of custom built kits 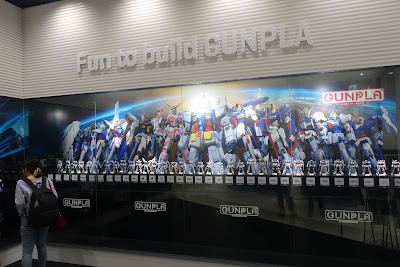 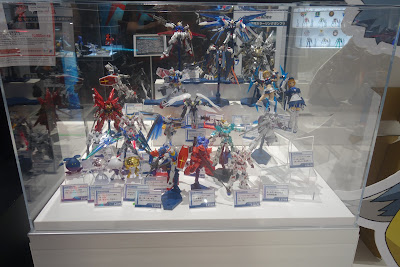 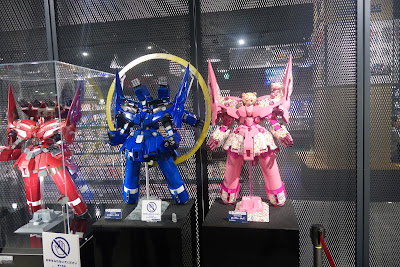 An exhibition about Gundam kit manufacture including a model of the factory that produces them. 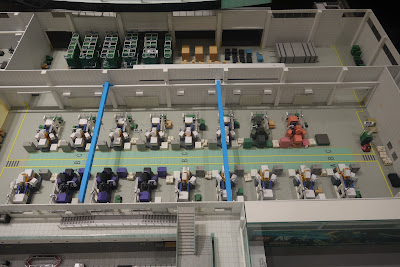 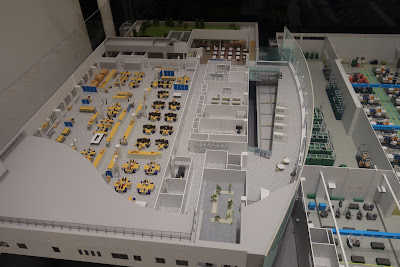 Areas for building and painting workshops, including competition winners. 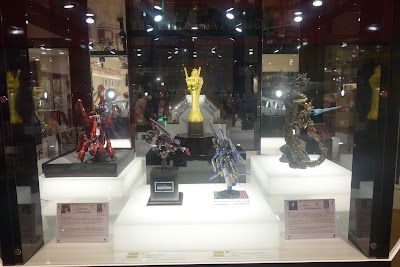 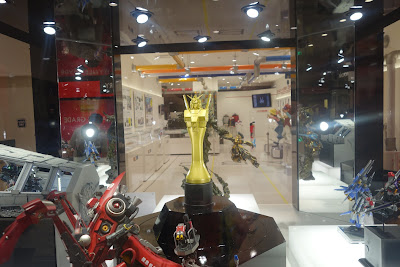 And an enormous shop selling a huge range of kits from brand new exclusives to kits first produced in the 1970s. It was as Warhammer World start selling every Games Workshop model every produced since the 1980s. 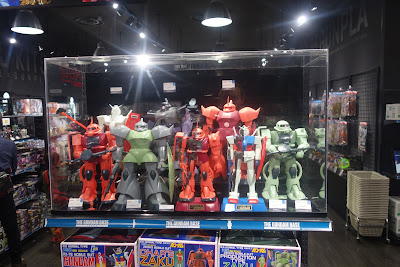 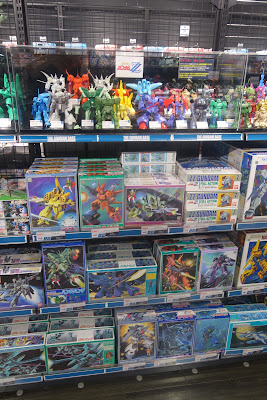 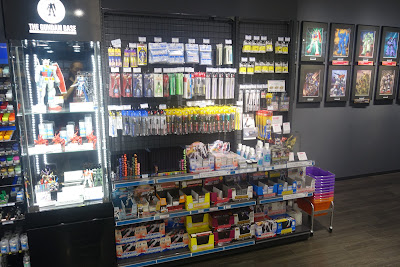 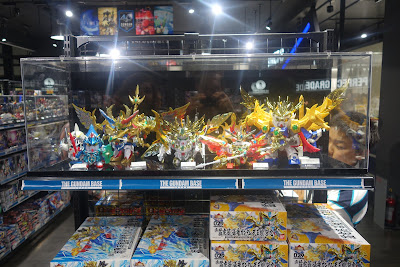 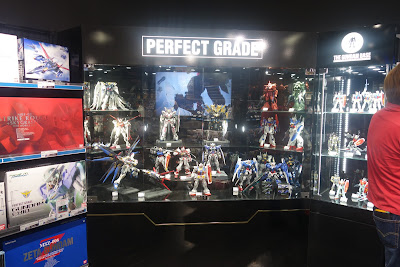 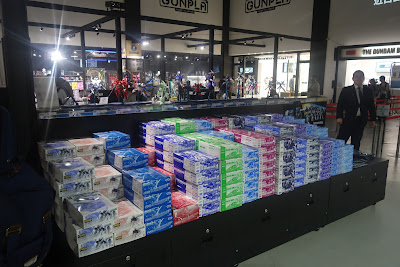 There was even a small range of kits made from reclaimed plastic from sprues. Games Workshop, take note. 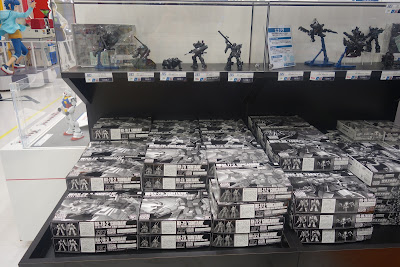 The highlight of any trip to Odaiba, though is the enormous, life-sized statue of the Gundam Unicorn robot that stands outside the shopping mall. It's like plonking a life-sized Imperial Knight outside a shopping centre in Nottingham. 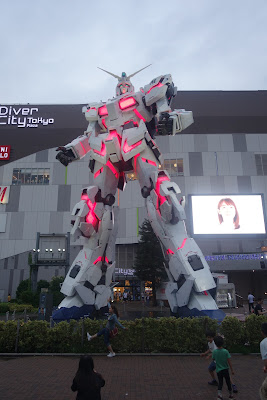 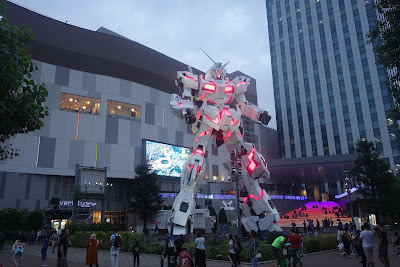 Despite the scale of the domestic plastic kit industry, Games Workshop did have a bit of a presence in Japan. I found displays of models in a number of different shops, primarily in the Nerd mecha areas of Akihabara and Nakano in Tokyo. 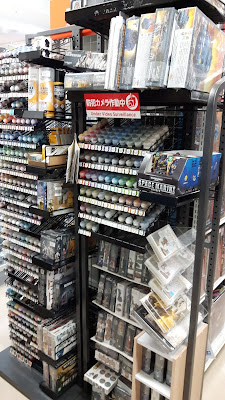 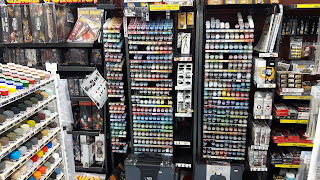 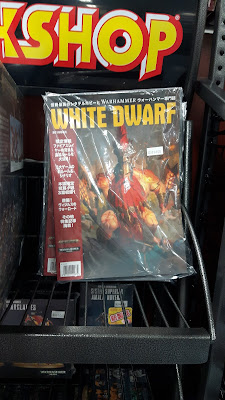 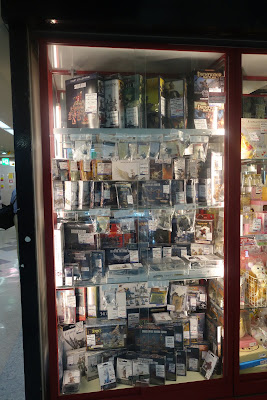 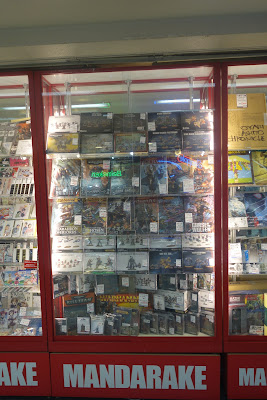 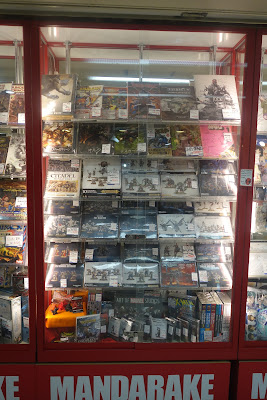 We even visited the Osaka Warhammer store in Namba. 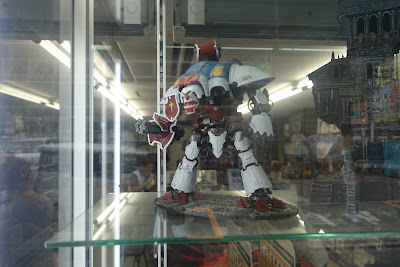 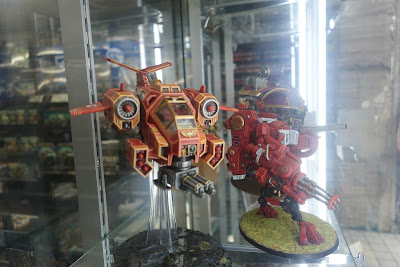 While I was there I managed to pick up a box of Space Marine Heroes series 2. For anyone unfamiliar with these, they were a range of Space Marine models sold individually and randomly in boxes. At first they were a Japanese exclusive, before getting a release elsewhere, essentially because everyone complained.

Series 2 are not over here yet and, this time, they are all Terminators. Warhammer Osaka was selling the individually and in complete boxes of six, which guarantees you all six designs. Both my brother and I snapped up a box, which prompted me to film my first ever unboxing video, now available on YouTube.

Apologies for any quality issues. My camera is quite good at auto-focusing, but for some reason it didn't like Captain Donato's card. So here are the images of it below. 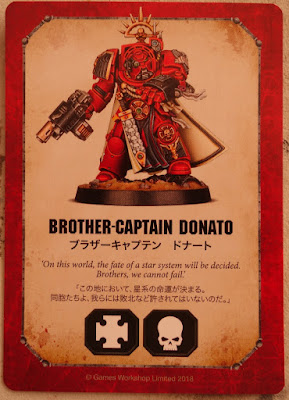 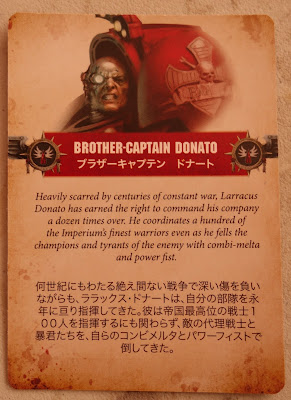 Anyway, it was a great trip, not only for wargaming reasons. More posts soon, hopefully.