Not a lot of words in this post. Just a quick update with a few more pictures of my Ghar.

This second squad are standard Ghar Battle suits, equipped with claws and Disruptor cannon. They have quite more range, but are not quite as overwhelming up close. 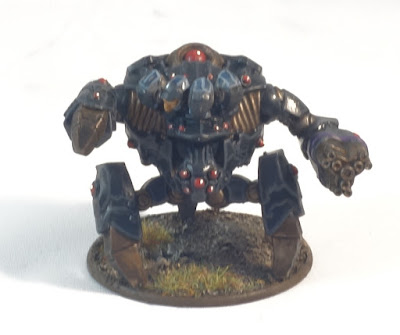 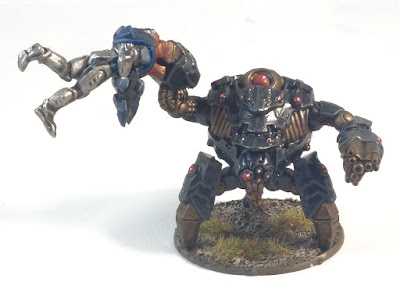 Ghar puts his claw in something soft and squishy

I got four of them in the Beyond the Gates of Antares starter set and have added one more from an extra box I bought. The two others from this box are being kept back for later use. 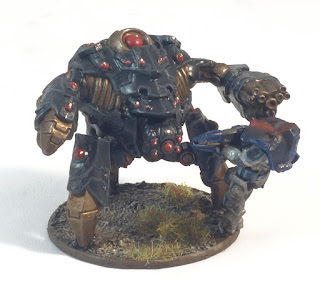 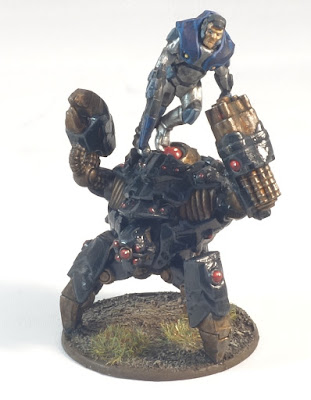 Ghar trooper has picked up an irritating parasite

In addition to the battle suits, I have also finished this small squad of Tectorists, unarmed, and slightly crazy, Ghar who act as scouts with their tector rods. When they get close to an enemy unit, they give other Ghar a shooting bonus, compensating somewhat for the fact that Ghar don't have spotter drones like most other armies.

I actually have about 500 points done now, which is enough for a small game, but have a few more bits and bobs I want to paint before actually playing. More new soon.

Labels: Beyond the Gates of Antares, Ghar, Warlord Games