A few pictures here of my latest project. When Games Workshop finally killed off Epic and the other specialist games, I took the opportunity to buy up a last few bits and bobs. But, nevertheless, there were still a few bits and bobs I didn't pick up. One of which was the Super Stompa, the second smallest of the Ork Titans/walker-based war engines.

I've thought for a while that it would be possible to build Gargants and/or Stompas using the current Warhammer 40,000 Killer-kans boxed set. And last weekend, at Warfare Reading, I finally picked up a box.

This was my first attempt at a Super Stompa 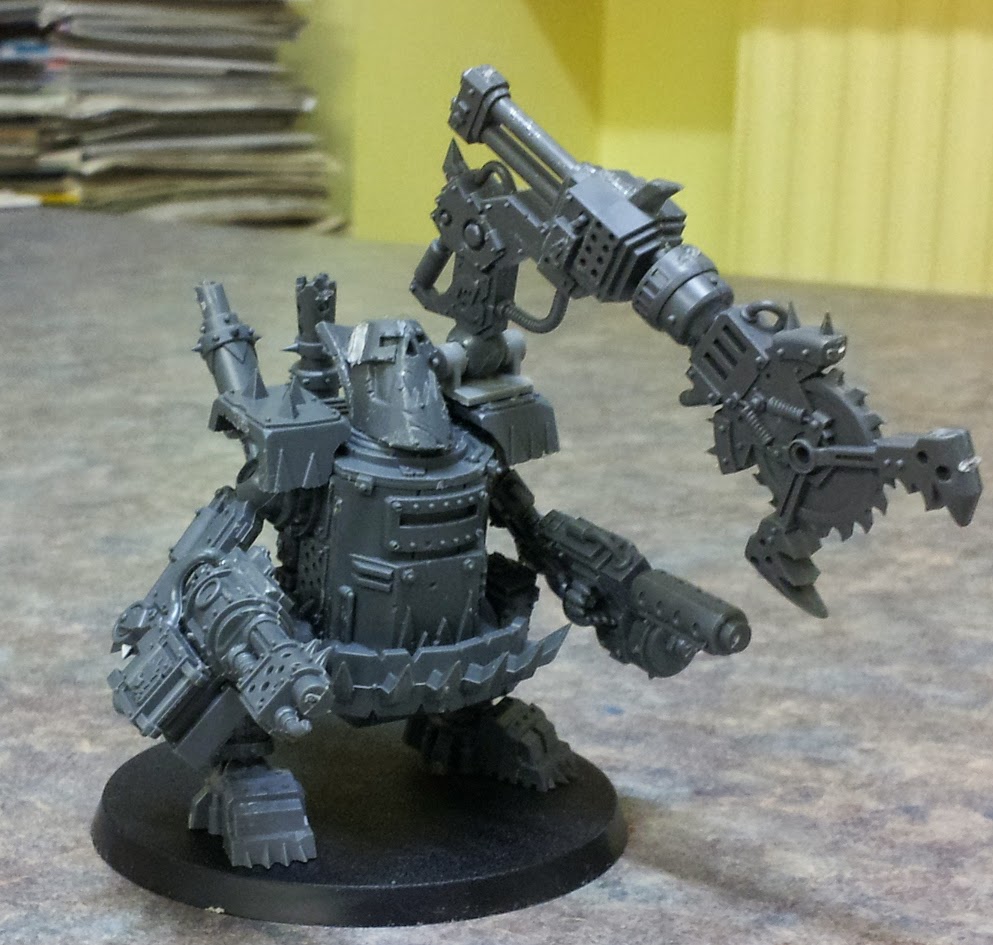 This is pretty much all Killer-Kan bits. The legs were cut down shorter and the head comes from the top of a Black Ork banner pole. The shoulder mounted buzz-saw was inspired by the old Mekboy Gargant model. 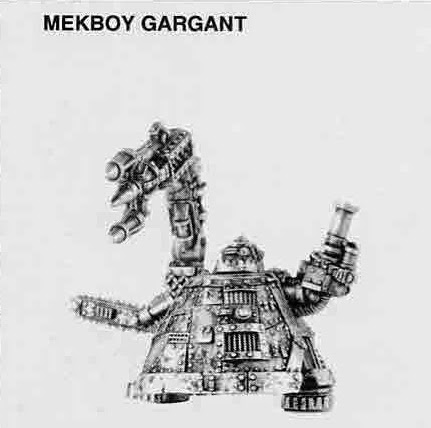 The shoulder mount came from my bits box, I honestly have no idea where it came from.

Unfortunately, this model turned out to be slightly bigger than a standard Gargant. 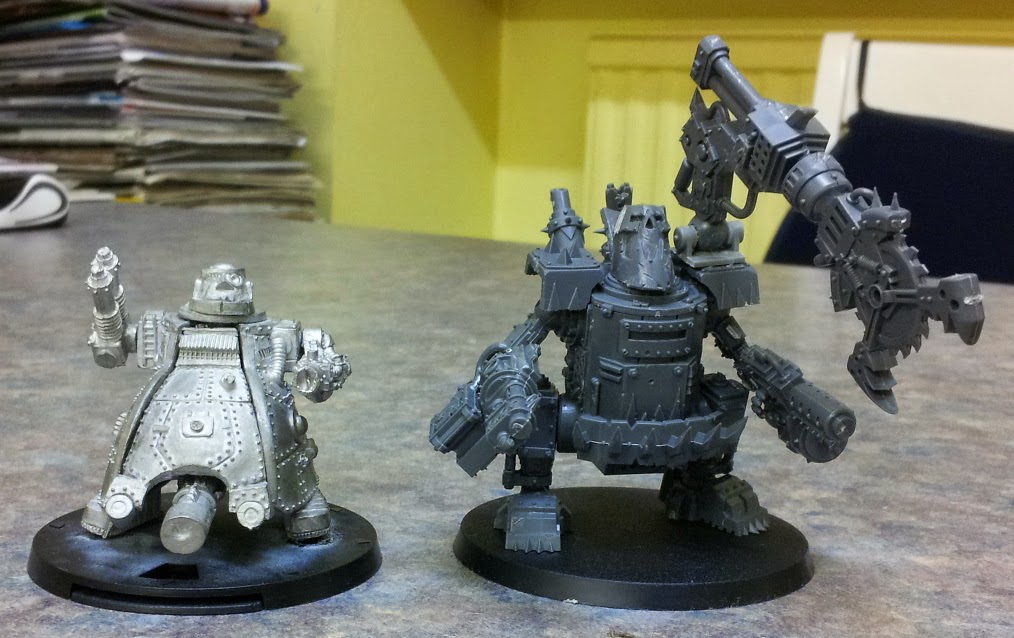 So I promoted him to a full scale Gargant, with two Soopa-guns and a Mega-choppa. He doesn't have the standard Gargant belly gun, but he was made by Orks so there's no requirement for consistency.

Having used up one Killer-Kan body, two guns and one close combat arm, I decided to take a different approach. Even cut down the legs were too long and the guns were too big. But I still thought I could use the bodies and the feet. So I improvised with other pieces from my bits box.

The heads are left over boss heads from fantasy Orks. The arms are made from parts of Killer-Kan legs. The guns were improvised from Killer-Kan bits, a plastic battle wagon and the gun from an old Mega-Gargant. The Axe from the right Super Stompa also comes from the Black Ork boxed set, which has been pretty useful.

My final plan was to upgrade my old Mega Gargant. I never liked the Mega Gargant model. The body and head were fine, but I thought the arms and additional weapons were too spindly. 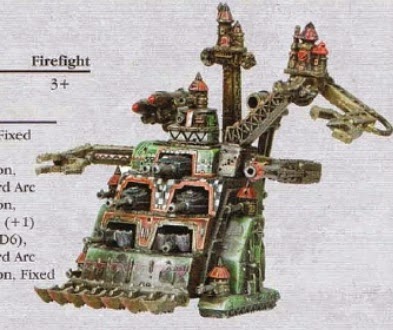 I had long since cannibalised my Mega Gargant for parts, but I managed to dig out the frame of one of them. 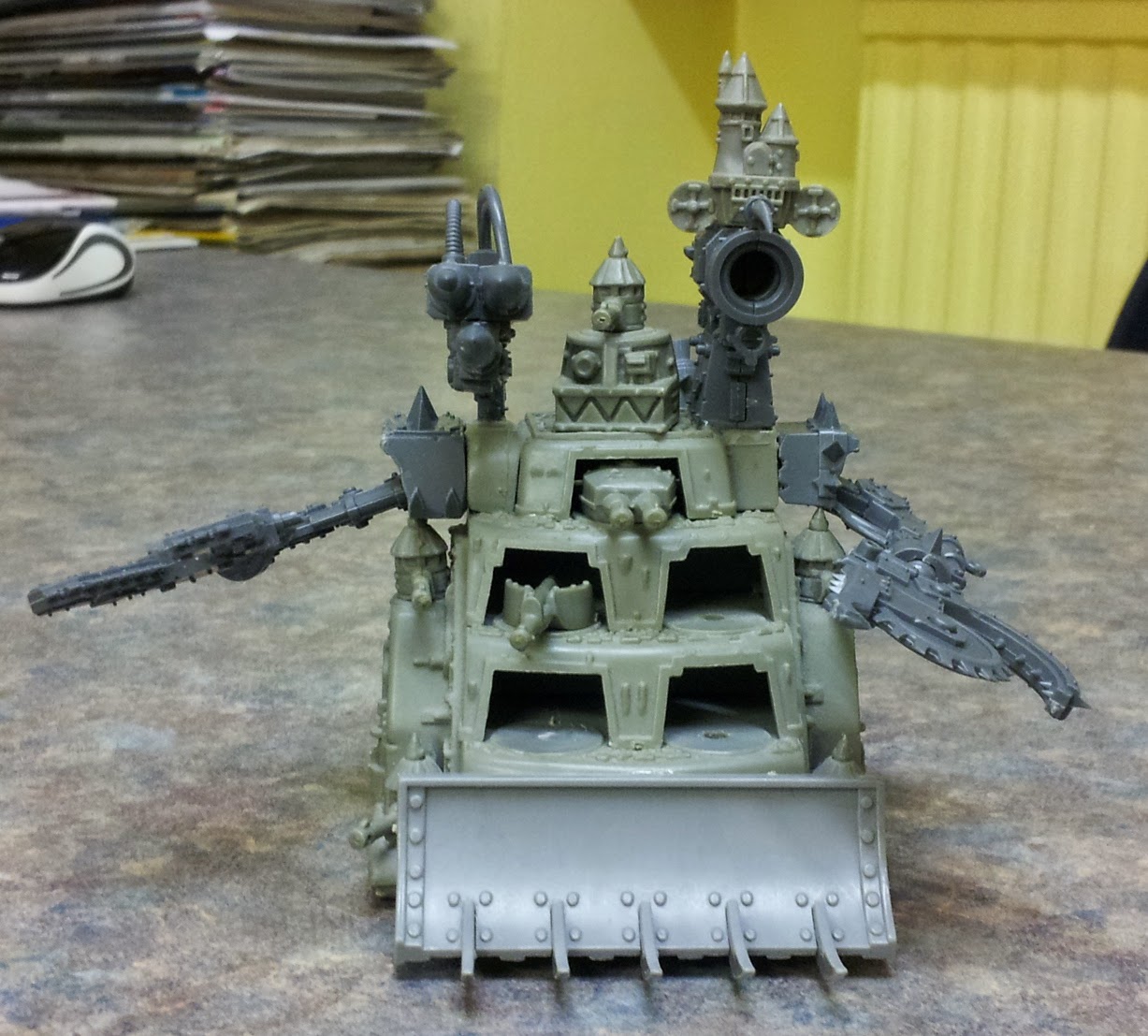 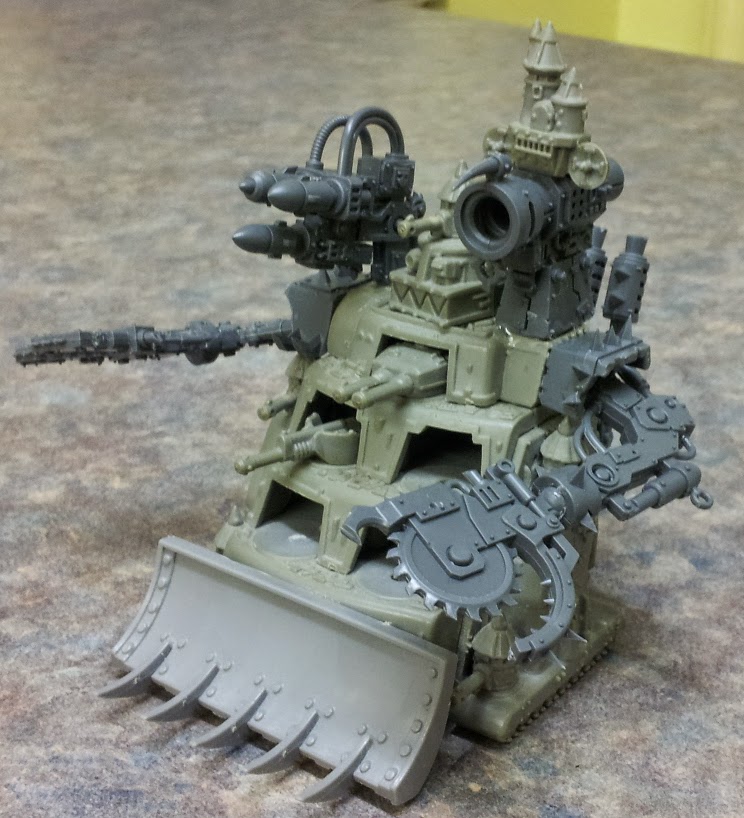 The ram is from an old Imperial Guard tank accessory sprue. 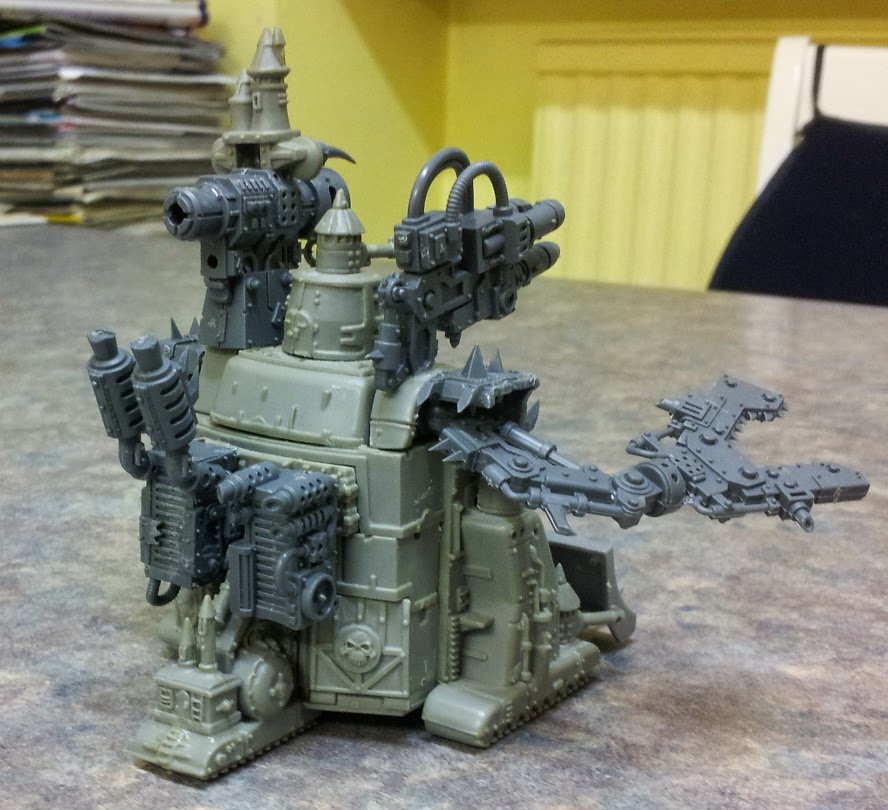 I added two of the exhaust boxes from the Killer-Kans to the back in order to bulk it up. I couldn't find all of the original guns from the stomach, so I will either have to find them or replace them some how.

No I just have to paint them along with the several hundred other Epic Orks I have lying around.