My birthday has come and gone for another year and I seem to have been caught up in a wave, or maybe just a puddle of nostalgia.

With the Amazon Voucher generously provided by my sister I acquired this. 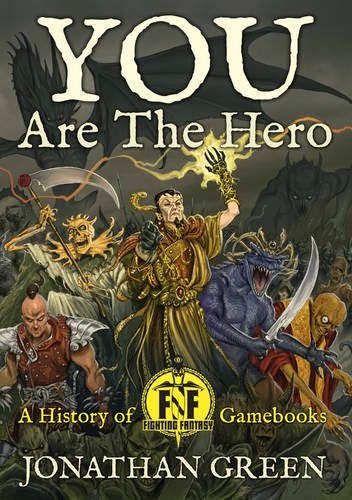 A history of the Fighting Fantasy game books. And, shortly after my birthday I went along to see Knightmare Live, a comedy stage show based on the old children's series Knightmare. 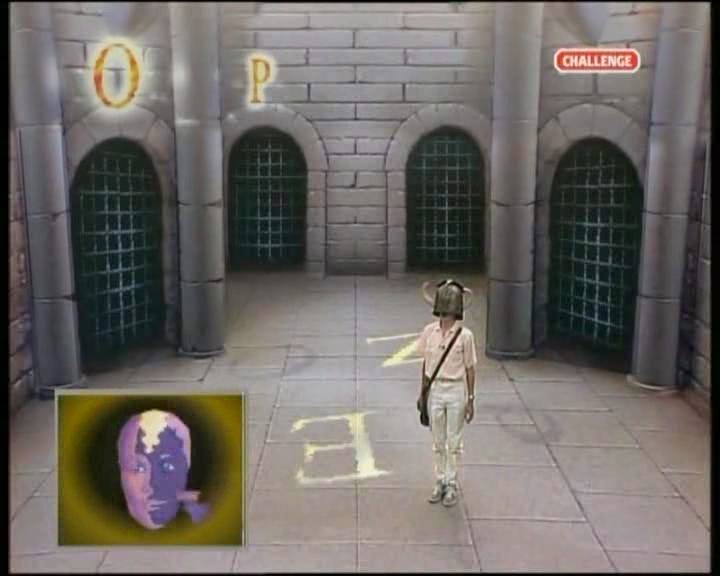 It was more exciting on TV

For anyone unfamiliar with either of those, the Fighting Fantasy game books were created by Steve Jackson and Ian Livingstone, the founders of Games Workshop. They were essentially a variant of the 'choose your own adventure' genre of books in which the book is divided into numbered sections. The reader reads the first section, they are then given a choice and continue reading from the numbered section corresponding to the choice. In that sense, they control the flow of the story.

The Fighting Fantasy books added a basic role-playing element. The reader or player first randomly generates a simple character using 6 sided dice and periodically, throughout the book, they encounter monsters they must fight using a simple combat system. This adds a game element to the books, hence the name game book. The books were originally published from 1982 to 1995 and the re-published from 2002.

Knightmare, was a TV series broadcast by ITV as part of it's Children's ITV strand between 1987 and 1994. It was essentially a hybrid game show in which a team of four, usually children or teenagers, would attempt to beat the 'dungeon'. One member of the team would don the 'Helmet of Justice' which would almost entirely obscure their vision (because Justice is blind, see what they did there?). They would then be pushed into a green screen environment, with the remaining three acting as advisers, watching on a monitor and telling them what to do.

Both of these had a big impact on my childhood and early teenage years and the audience for Knightmare Live was made up almost entirely of people my age.

Both arose at around the time that Roleplaying in the UK peaked, but their development also parallelled the rise of home computer games in the UK, with them dying out as the Playstation era began (Fighting Fantasy returned in 2002, but was never as successful and the audience for the 20th anniversary book 'Blood of the Zombie' was made up of nostalgic adults more than children).

Looking at the Fighting Fantasy books with their, often, multiple pages of background, illustrated maps and elaborate fantasy illustrations (one of the key draws of the series was it use of serious fantasy artwork) I'm reminded of the manuals for 8 bit Spectrum computer games. These often compensated for the limitations of the on-screen visuals with elaborate art work and full colour printed maps. Story information that would now be conveyed in a video sequence was then packed into near novel length text (or in some cases actual novels). 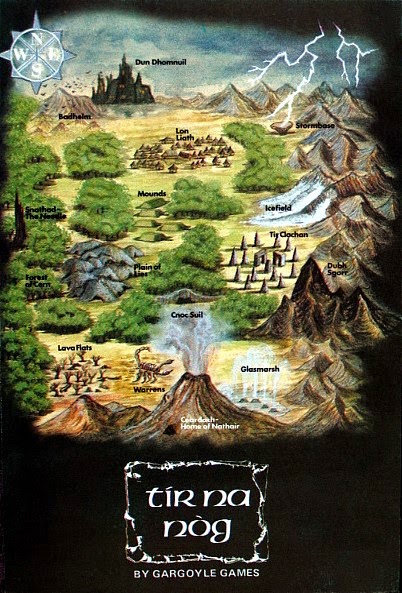 ...and looks a bit more impressive the screen shots

The point is that the computer game players of this era were used to doing some imaginative work. They were used to somewhat abstract visuals and that games wouldn't exactly represent reality. Translating these ideas to book form was not much of a stretch.

Knightmare, in contrast, revelled in the fact that, with a television budget, it could offer what computer games could only aspire to provide, an interactive fantasy world. It's early computer graphics and green-screen effects, though primitive by modern standards, were well beyond anything that computers could provide.

It's hardly surprising that as computer and video games developed the appeal of both declined. By the Playstation era, games could create interactive 3D environments, albeit ones that look crude compared to the capabilities of current consoles. The effect was still to create a game world far more immersive than anything that had gone before.

The window of opportunity for both Fighting Fantasy and Knightmare to be successful was really quite narrow. Both were raised up and brought low by video gaming technology. They were dependent on a world where video games expanded the idea of what a game could be, but became redundant as video games truly achieved their potential.

I was fortunate in that that window fell straight across my childhood, a little younger or a little older and I might have missed them entirely. And yet they were hugely important to me, and, I suspect to my generation of gamers, influencing my taste in wargaming and video gaming years later.

And so I feel enormously privileged to have been born at exactly the right time for both of them.