I've been dabbling with Inquisitor for a couple of months now and have had a few thoughts about the games..

As I understand it, Inquisitor began life as a plan to produce a range of 54mm scale miniatures. I maybe wrong about this, but I believe the impetus came from the Games Workshop sculptors rather than the rule designers. Inquisitor was one of a number of proposals on the table for how to support this new range.

In other words the plan was to produce a 54mm skirmish game, not a strongly narrative, RPG-esque wargame. The latter part came later and developed out of the scale, not the other way around.

One feature of the initial release of Inquisitor models, the ones that appear in the rulebook and that actually went on sale in Games Workshop shops, is that they are all specific characters. True, they are representative of archetypes - Inquisitors, Mutants, Tech-Priests, Rogue Traders, etc - but they are all given names and quite specific looks. Some of them actually depart quite substantially from the archetype that Games Workshop had established. We have a highly unusual Imperial Guard Veteran in Sergeant Stone and the Archo-Flaggelant Damien 1427 is quite different from the established Servitors that had existed in Warhammer 40,000 previously. 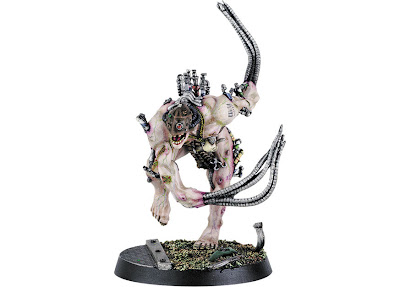 So, as a starting point for the game we have a small-scale skirmish game (a necessity given the scale and retail price of the models) based around specific, named characters. Given this, an obvious route to take would have been that taken by the "boutique" skirmish games that have become so common, for example Malifaux, Anima Tactics, Freebooters Fate, Helldorado, Carnevale and even Warmachine and Hordes to some extent. Each of these games are based largely on named characters. Characters rules are essentially complete, which is to say there s little opportunity to customise or upgrade them. And, although the games each feature a strong narrative background, this is only lightly portrayed in the games themselves, which are focused on competition.

Inquisitor does not do this. In fact, it pays very little attention to it's named characters at all. Most of them get little more than a paragraph of background information in the rule book, and their rules are presented as examples of the archetype they represent.

Instead, Inquisitor does something very Games Workshop, it emphasises creating and building your own warband. The hobby section in the back of the rule book is packed with images of models that players have converted and painted themselves, with varying degrees of success. In fact, the message seems to be that it is more important to create your own warband than to demonstrate any particular painting and modelling skill. For those players who don't want to convert, the same models are presented over and over, with different paint jobs representing different characters (Inquisitor Eisenhorn clearly inspired a number of imitators). 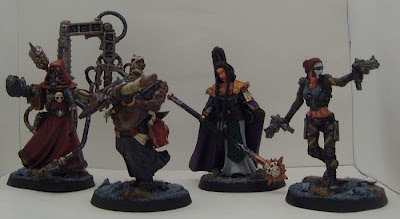 This was followed up in White Dwarf and the short-lived Fanatic magazine, in which articles invariably focused on players custom warbands and battle reports only showed one warband made up of models assembled and painted as they were originally designed.

The problem is that the Inquisitor models, as striking and well-sculpted as most of them are, are not well suited for this sort of thing. Most of them are in specific, often quite dramatic poses, with highly distinctive clothes. Even arm and head swaps are not simple and often require substantial pinning or green stuff. Making an original model can often be an expensive business as it requires pieces from multiple existing models.

So what you have is a game where the model range is out of step with the intent of the rules, which is very odd when you consider that rules existed to support the models. The strange thing is that if Games Workshop were inclined to take a second look at Inquisitor, they are now in a much better position to do justice to the concept. 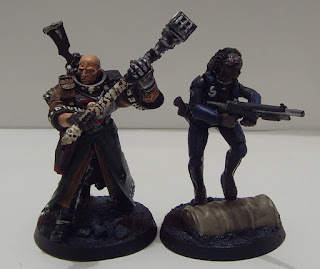 Inquisitor models were (and are) entirely metal. That meant that providing alternative parts was expensive. But since Inquisitor's release, Games Workshops plastic technology has come on in leaps and bounds. If Inquisitor were re-released today, then the models could be plastic kits with multiple interchangeable options and with parts that could be mixed and matched between kits. The quality of recent GW plastics demonstrates that it is possible.

Unfortunately, it won't happen because Games Workshop will no longer go near anything that might take the focus away from their core games. So Inquisitor remains, fundamentally, a game out of step with the times.