Shadow War Campaign - The Blue and the Grey

It's been a long time since my last update, though I've actually been painting and gaming quite a bit. It's just the blogging I've let slide. Hopefully I'll be able to rectify it with a few updates in quick succession, starting with my onging Shadow War campaign.

With the first game of round two out of the way, and reinforcements freshly painted up, it was time for the Tau to take on the Chaos Space Marines. I randomly generated the "Kill Team Fight" scenario: the most basic scenario but, oddly, not one I'd played before. 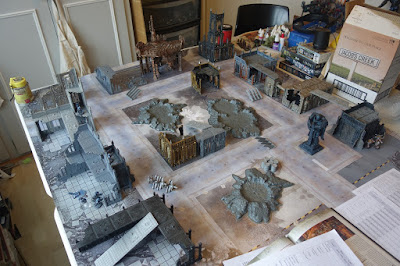 The Tau ending up choosing a side and deploying first, taking up firing positions and going on overwatch. 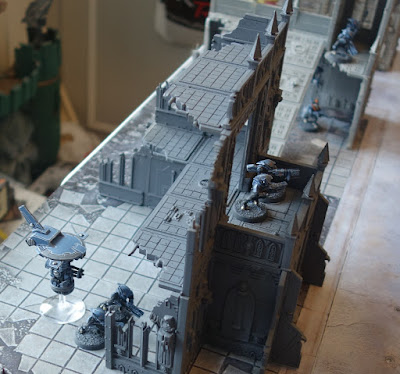 Meanwhile, the Chaos Space Marines deployed out of the Tau's firing lines and made the best possible use of cover that they could. 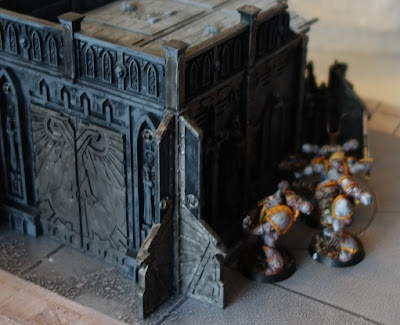 They set up on opposite flanks, planning a two-pronged attack. 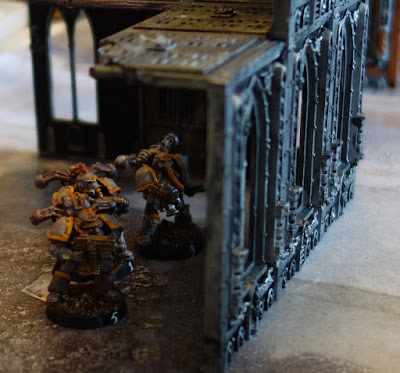 Covered by their Recon Drone and Speciliast Gen'Tu's Ion Rifle, two Pathfinders tried to advance into firing range, while still under cover. 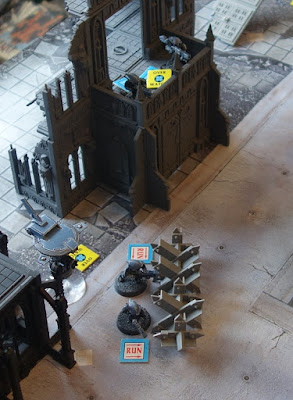 Meanwhile, Champion Corpulous and Brothers Scrofula and Legionella advanced into the shade of a Loyalist Space Marine Hero, ironic. 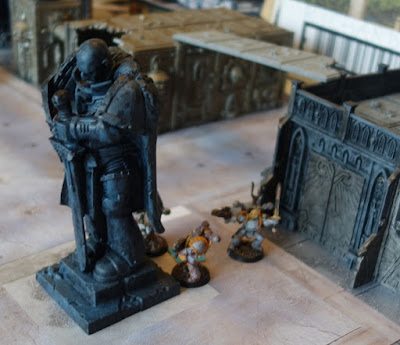 With the Tau now in firing positions, and with the range of their pulse weapons extended by the Pulse Accelerator Drone, an exchange of fire began, but to little effect as the Tau's, previously solid, marksmanship deserted them. 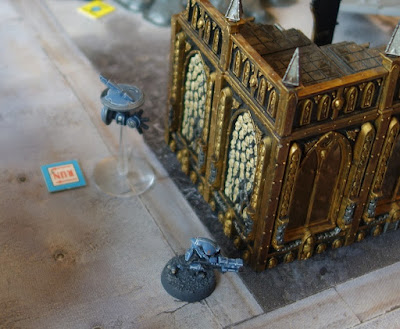 Meanwhile, on their left flank, the Tau drew the first blood of the game. Brother Leprous climbed to the top of the Promethium Tank, only to be gunned down by Specialist Ree'va's Rail Rifle. Brother's Pox and Buboes  stayed at the bottom and kept under cover and hidden. 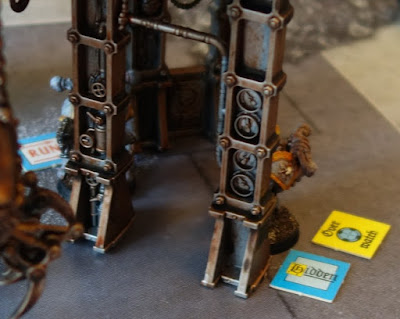 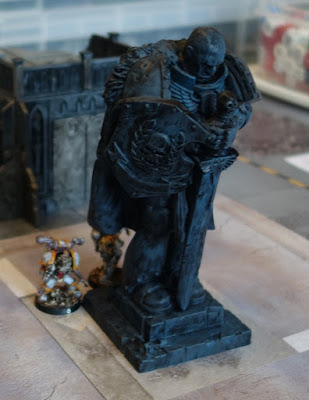 On the right flank the fire fight continued. 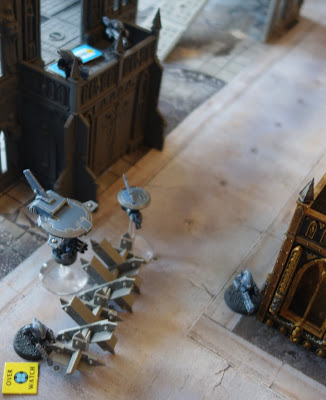 But, despite the heavy use of Marklights by the Tau, neither side seemed to be able to land a hit. 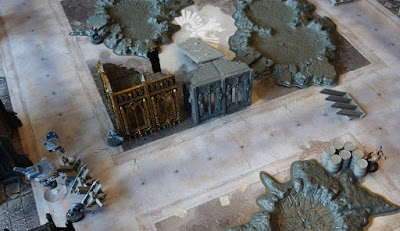 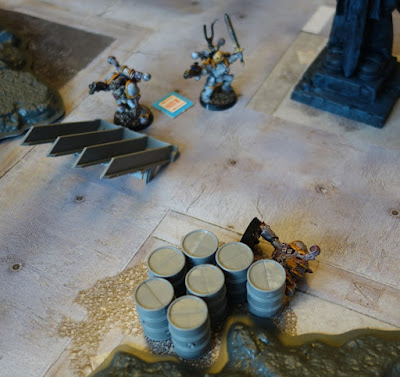 While much of the action was taking place on the left flank, Brother's Pox and Buboes continued to advance on the right, still under fire, but avoiding any serious hits 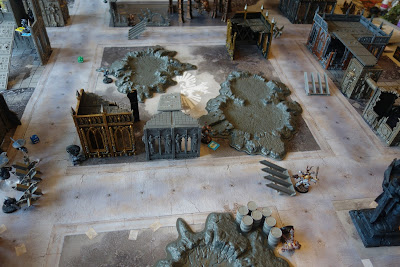 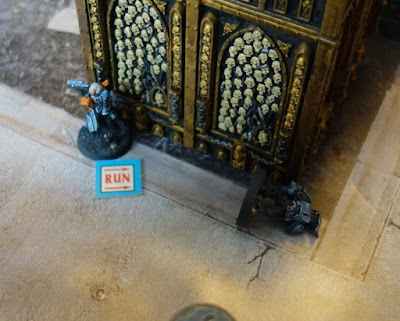 Only to be gunned down by the Recon Drone. 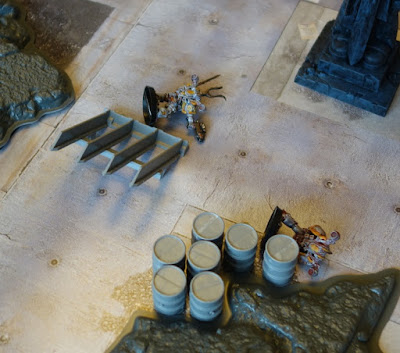 With the loss of three of their number and effective collapse of the right flank, the Chaos Space Marines bottled out (involuntarily, they failed a bottle check).

This was very much a game that was more fun to play than report, as much of it was a relatively static fire fight, which is tense when your rolling the dice, but not very exciting to describe.

I realised after the event that I made a mistake in setting up the scenery, by putting high, well protected building at the edge of the battle field which the Tau were able to exploit. If a kill-team with a lot of fire power is given a well protected vantage point, they can really take advantage of it. As a result, the Chaos Marines spent much of the game hiding or running from one piece of cover to another.

In future, I think I will roll for scenarios before setting up terrain. Hopefully that will stop one side making too effective use of cover.

In the end, neither side suffered too badly as a result. All the Chaos Marines made a full recovery, except Brother Scrofula who ended up partially deaf, which doesn't effect his combat abilities unless it happens again and he goes completely deaf. The Tau gained two data caches to the Chaos Marine's one. Both sides also recruited a new team member, Cadet Uk'alt and Brother Reapus, taking the Tau to their maximum team size of 10 and the Chaos Marines to Nurgle's sacred number of 7.

I have been fairly busy of late, so, I should have another update on the campaign and other matters shortly, fingers firmly crossed.