Last weekend I took a trip to Nottingham for Warlord Games 10th anniversary celebratory bash at their Headquarters. I had wanted to go to their Beyond the Gates of Antares event early in the year but time and other commitments got in the way, so when this event was announced I jumped at the chance.

I had booked my event ticket for Sunday with the plan to travel up on Saturday and come back Monday. I always avoid travelling on a Sunday if I can because the trains are so unreliable. In the end I managed to catch a slightly earlier train than planned which gave me some extra time on Saturday afternoon, so I took quick trip to Warhammer World. The last time I had been there was in 2008 and, at the advice of the person in the Tourist office, had taken the bus, this being in the days before Google Maps on your phone. I hadn't realised that Warhammer World is actually only a thirty minute walk from the town centre, most of which is along the canal which was rather pleasant. 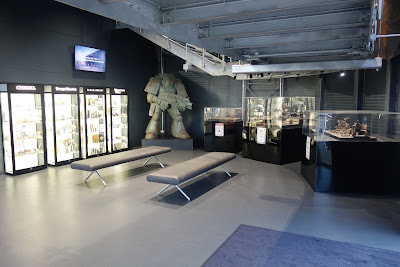 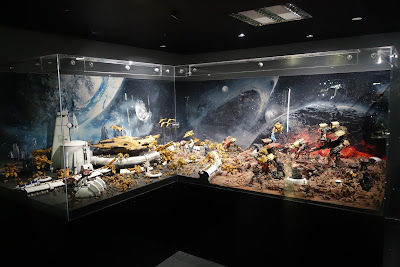 One of a great many huge dioramas

The main exhibition space had grown a lot since my last visit, though they now expect you to pay to get in. I think it was worth it, the place is stacked with an enormous and very impressive dioramas most of which were built for the exhibition. But it also had a few classic pieces, such as Mike McVey's Warhammer Quest and Emperor and Horus dioramas. There were also enough classic models to make me go all nostalgic. I spent the better part of an hour getting pictures of just about everything. As Warhammer World stays open until 10pm on Fridays and Saturdays, I had ample time to wander around both the main shop and the Forge World shop and still got a bottle of Bugman's XXXXXX in the bar. 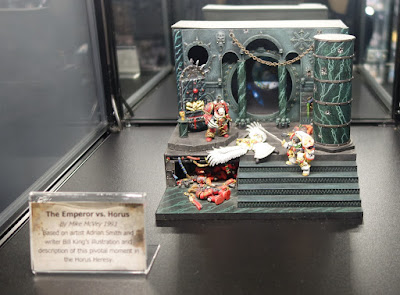 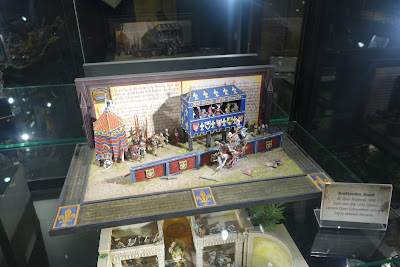 Warlord's HQ is also about thirty minutes from the town centre though in a different direction. The walk was a touch less picturesque, but a bit more varied taking in the Nottingham suburbs. The event was structured like a small scale version of Games Workshops old Games Day events. There was a large central hall with plenty of demo games, including Warlord's big name games like Bolt Action and Black Powder, as well as more recent offerings like Test of Honour and Blood Red Skies. Rick Priestly was there demoing "Fantares" his reworking of the Beyond the Gates of Antares rules for fantasy, currently using North Star's plastic dwarfs and gnoll. Studio painters and sculptors had some space and were answering questions. There was also a program of seminars, some special offers in the onsite store and tours of the production facilities. Warlord had invited a few other companies along, including River Horse, North Star, Ainsty casting and Mantic Games who all had stands and a few demo games as well. Plus all attendees got a free miniature of King Arthurs confrontation with the invincible Black Knight. 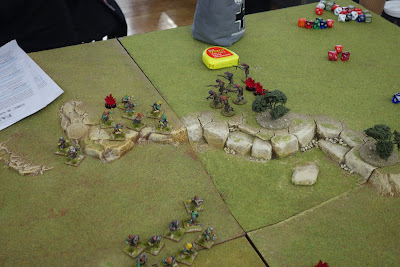 Between the guided tour and the seminars I attended (one with Rick Priestly and Tim Bancroft and on Beyond the Gates of Antares and another with John Stallard and Paul Sawyer on the future of Warlord in general), I picked up a lot of information summarised below. 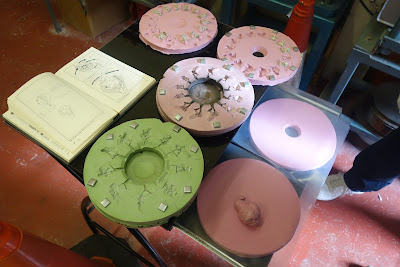 Moulds for metal models. The green vulcanises at a lower temperature.
The colour is added so you can tell them apart 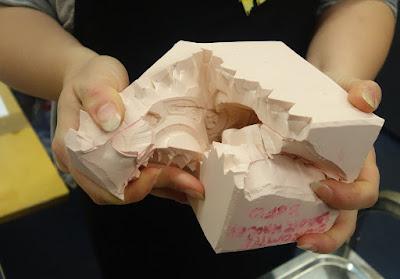 Resin "Hinge" mould, so called because you have to open it remove the model 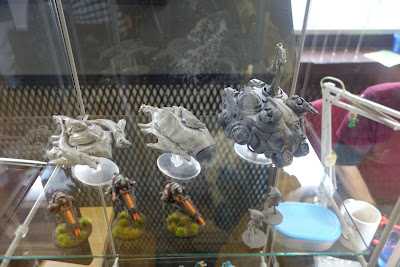 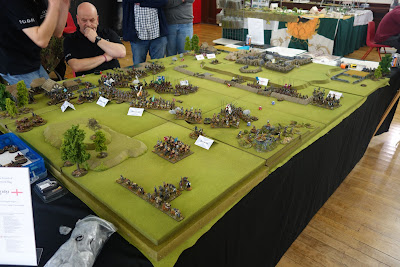 Overall, it was a fun day that packed in a lot and has may very keen to take a return trip to Nottingham some time next year.
2 comments: